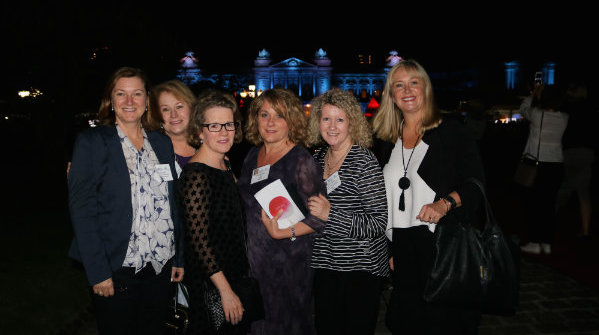 Sydney will host the 2018 Global Summit of Women, a prestigious international event dubbed “Davos for Women“.

The summit is over 25 years old and is described as a business summit which focuses on women’s advancement in the global economy.

Sydney’s successful bid was announced in Tokyo over the weekend at the 2017 Summit, which was attended by Japan’s Prime Minister H.E. Shinzo Abe and a delegate of Australian leaders.

The 2018 Summit is expected to attract more than 1,000 leaders across private and public sectors from 80 countries, and inject over $2 million into the New South Wales economy.

#GSWTokyo Sydney is ready to host the Global Summit of Women

Speaking from Japan, the chief executive of Business Events Sydney, the organisation which helped steer the successful bid, Lyn Lewis-Smith, said it is an opportunity to showcase progressive government and private sector strategies that level the playing field for women.

“Hosting events like the Global Summit of Women will be a catalyst for greater economic empowerment of Australian women by shining a spotlight onto under-performing areas, eliciting tangible commitments from our leaders to change the status quo,” Lewis-Smith said.

“A recent EY report suggests that tapping into women’s global potential could be the equivalent of having another one billion people in the workforce, driving economic growth around the world.”

Thanks to the Australian delegation supporting the bid by @BESydney to host #GSW2018, by attending Tokyo #GSW2017 pic.twitter.com/yARvtYUFFu

“BESydney would not have won this bid without the strong support of Cassandra Kelly, Lynette Mayne and Ann Sherry,” Lewis-Smith told Women’s Agenda.

#GSWTokyo panel insights on making work/life work @pacificann123 Sachin Shah @MetLife Japan ‘we control the norms by what we do each day’ pic.twitter.com/ZKydZN8pWC

“Australia can showcase our world leading initiatives such as the Male Champions of Change program, the impact of advocacy organisations like Chief Executive Women, and our record supporting women in the Indo- Pacific to enter the global supply chain,” Sherry said.

“World leaders can learn from Australia, and we, in turn, still have much to learn from the rest of the world.”