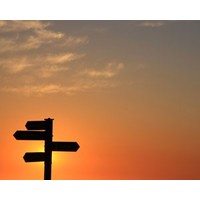 Ever wondered how you’d spend $3 billion?

Telstra’s CEO, David Thodey, is the man who needs such a plan. Telstra (ASX:TLS) expects to receive between $2 billion and $3 billion cash over the next three years from its deal with the national broadband network (NBN).

Yet windfall winners can, surprisingly, find their cash turns into a curse. Like many miserable lottery winners, Thodey is under pressure from all sorts of stakeholders about how to spend the company’s money. Yesterday, Thodey ruled out one option – a share buyback – and has bought himself some time to make his choices.

LeadingCompany looks at the conundrum facing Thodey, the risks he faces, and the opportunities

The leadership opportunity of a lifetime

Not many CEOs face the problem of having a cash windfall. Thodey is on his own. Sure, he is backed by a strong management team who have got most decisions right, according to David Kennedy, the director of research at global anaylists Ovum. “I have a lot of respect for Telstra management,” Kennedy says.

But if Telstra makes the wrong decisions, Thodey will carry the can for squandering the opportunity of a corporate lifetime. No pressure.

Chris Coughlan, director of research consulting at strategic planning consultancy Telsyte, says Thodey will spread the risk. “He’s not going to put all his eggs in one basket. We are not talking OneTel here,” he says, referring to the telecom company that went broke in 2001 after rapid growth.

Everyone wants a piece

Like a lottery winner’s long-lost relatives, Telstra shareholders have their hands out for a big fat dividend. Fair enough; many bought in at the T-2 share price of $7 or so and watched their wealth drop to half – the current share price is $3.39.

But Thodey must think about the company’s future shareholders too, and that means wisely investing the money to staunch the cash bleeding from the fixed line and directory business divisions at Telstra.

“It is clear Telstra’s management is feeling that pressure,” Kennedy says. “There is going to have to be division of the spoils between investors that want an early return and securing the future. That is the call. That is why they get paid the big bucks.”

Telstra is in a dominant position in terms of mobile phone coverage, Kennedy says, but there is not much more it can do. That means it is a sitting duck for rivals to catch up.

Optus has an excellent management team, too, and positions itself as the “clear number two”, Kennedy says, to chip away at Telstra’s customer base.

To stay ahead, Telstra’s investment must be in content – the company is considering upping its 50% stake in Foxtel – and in the “depth” of the network, such as its coverage in buildings and its support for high-traffic areas such as CBDs. “It is more about the quality of the experience,” Kennedy says. “For consumers, that is about instantaneous access to Facebook on their smartphone, and for businesses, that is laptops and tablets that download files instantly in the field.”

In the case of business customers, it’s all about the cloud. “It is a complete change to the way businesses work. Telstra are into it, but there is another 10 years to run, maybe more, and it is going to require investment.”

Like a Fifth Avenue househusband, Thodey needs something substantial to spend his billions on.

And, apart from Consolidated Media Holding’s 25% share of Foxtel, which James Packer would like to sell so he can spend more on casinos, there is not much worth buying in Australia, in Kennedy’s view. “Where they have invested is in China because that is a market that is not dominated by Google and Yahoo, and where there are established or emerging content opportunities.”

Coughlan, on the other hand, has lots of ideas for how Thodey can spend the cash locally:

Buy customers who want to transfer to the NBN out of their contracts and win market share. “Everyone is trying to lock customers into contracts before the NBN,” Coughland says. “Telstra has 47% of the broadband market and wants more. It has a war chest to buy market share.”

Snapping up as much as possible of the 700MHz and 2.6 GHz spectrum at upcoming auctions. “There is less capital expenditure to buy existing bandwidth and better for the environment. Telstra will look to get as much as possible, and it will cost them a lot of money.”

Now you see it, now you don’t

Although Thodey is confident that his NBN contract will survive a change in the Federal Government, he hasn’t actually got the money yet. A federal election must be held by November next year, and the Coalition’s policy is not to continue the NBN rollout.

The billions are scheduled to arrive in Telstra’s bank account over the next three years. With the Australian dollar so high, now would be a good time to make acquisitions. Coughlan thinks the deal is at risk; Kennedy thinks Telstra’s strong negotiating position means it won’t lose money, even if the deal changes.

However, both Coughlan and Kennedy advise waiting until the money is in the bank.