The 100 best-performing CEOS in the world: Part 3 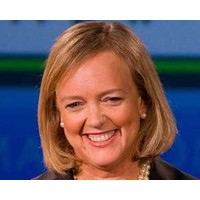 The knock on most business leaders is that they don’t take the long view – that they’re fixated on achieving short-term goals to lift their pay. So which global CEOs actually delivered solid results over the long run? The 2013 version of the CEO Scorecard provides an objective answer.

How we created the scorecard

We selected the CEOs we tracked from the following indexes:

To make sure we had reliable and sufficient data, we excluded CEOs who had assumed their role before 1995 or after August 31, 2010. (For example, Tim Cook of Apple is not eligible because he became CEO in 2011.) And we included only those whose tenure lasted more than two years. All told, we ended up with 3,143 CEOs from 1,862 companies, of whom 1,007 were still in office on the date we stopped measuring performance. The entire group represented 64 nationalities and came from companies based in 37 countries.

METRICS: We pulled financial data from Datastream and Worldscope and calculated daily company returns for the entire length of each CEO’s tenure (or until August 31, 2012, if the CEO was still in office). We calculated three sets of numbers:

COUNTRY-ADJUSTED COMPANY RETURNS: We computed a company’s total shareholder return (including dividends reinvested) for the CEO’s tenure. We then computed the average return for other firms from the same country over the same period and subtracted that figure from the company’s return. This measure thus excludes any increase in stock return that is merely attributable to an improvement in the general stock market of a country.