The best and worst of mining in the Kimberley 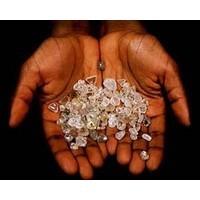 Last Tuesday Lateline ran a story built around a report: Developing the West Kimberley’s Resources that the program breathlessly presented as a “secret plan” to industrialise the region, unlock its resources and fuel a new minerals boom. In fact, the report has been around since 2005 and has been widely read.

The real question in the Kimberley is: can miners and governments learn the lessons of past developments in Australia and develop an enlightened policy that benefits them, the local landholders and the national interest?

The Kimberley is a place where the very worst, and potentially, the very best of mining, agriculture and other industrial developments are occurring. Argyle Diamonds is arguably a model of the very best. One manager, Brendan Hammond, retrieved a disastrous situation in which a sacred site was mined for diamonds. Through Hammond, the company sought forgiveness from the local elders and brought the local Aboriginal community into a unique “Good Neighbour” partnership that has led to ongoing prosperity for both the company and the community.

However it is probably the case that, despite the efforts of dedicated individuals in its midst, the Argyle parent company, Rio Tinto, has never really understood the benefits that it has accrued because it took this path. Other companies, led by one-dimensional, can-do engineers, just do not get it. They are looking for the shortest path to the extraction of minerals or energy sources and if that means riding over the top of the local Aboriginal community, so be it.

Others simply want “political” understandings with Aborigines that are not in keeping with cultural law or best practice agreement making. Woodside’s arguably doomed LNG Precinct is the latest disaster in this respect. Companies cannot afford to ride the tiger of manifold community, governmental and national protest in delicate and important operations. Most of all they are foolish to discount Aboriginal cultural law.

So what should governments, miners and developers be doing? It’s relatively simple.

1) Follow the UN protocol of Free, Informed, Prior Consent for the development of the traditional lands of Indigenous people, even where company lawyers might suggest that this is unnecessary or can be bulldozed over.