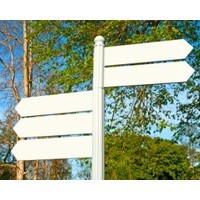 As leaders we like to believe we ‘make’ decisions and that they’re rational. Which is why it may be surprising to learn that we’re driven by a host of biases of which we are, frankly, unaware.

Think you’re an exception? That’s one right there.

Psychologist David Myers tells us we come with an inbuilt tendency (called self-serving bias) to think we’re more intelligent, better-looking, less prejudiced, more ethical and healthier than our peers (and they think exactly the same thing about themselves).

It’s an uncomfortable thought, but knowing biases exist helps us to actively manage against them and that matters because unchecked biases are bad for business.

For example, a recent study on confirmation bias showed that investors often seek information to confirm, rather than evaluate, a belief.

In the study, investors who checked message boards paid attention to information that supported their existing belief about what would make a good investment, rather than weighing that against contrary views. The ‘confirmation’ created a sense of overconfidence that actually led to poorer investment performance overall.

This insight is gold for leaders who need to make tough decisions and suggests that incorporating rigorous ‘why’ and ‘why not’ debate into executive decision-making could have an impact on performance.

It also reinforces the importance of building a culture in which disagreement is seen not as disloyalty, but as a sign of the seriously business-minded.

One way to integrate this check-and-balance approach into corporate culture is to structure it into the selection process by making hires with different skill sets and ways of thinking.

Unfortunately, this is a key area in which unconscious bias thwarts us.

Humans have a well-documented tendency when making appointments to pick ‘people like us’. This can lead to groupthink (let’s all hop on the bandwagon), an unhealthy desire for cohesion and, at the extreme end, collusion.

Studies that emerged after the fall of US company Enron showed that many executives either actively colluded with questionable transactions or acquiesced under pressure. The need to agree with and remain part of the in-group was a strong motivator.

Given the massive social impacts of corporate collapse, commentators have subsequently called for the professionalisation of Boards rather than historical self-selected networks, to ensure companies are run by a mix of people with complementary skills who can navigate difficulty and increase the long-term chances of success.

There’s nothing intrinsically wrong with networking, there are many advantages to working with people we know and trust or who come recommended, but businesses could be advantaged by adding qualified unknowns to the mix. Leaders who are overly reliant on the opinions of a close few seriously put themselves and the organisation at risk.