The Big Squeeze: The problem facing leaders of cashed-up companies 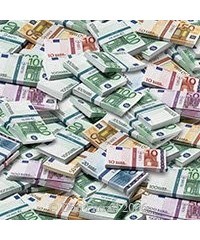 The great recession that has ravaged many developed economies since the global financial crisis has profoundly changed management practices, especially in public companies. There has been a shift towards maximising profitability rather than leveraging asset growth. In many countries, especially the United States, this change of emphasis has resulted in companies becoming “cashed up” because of their efforts to reduce debt and cut costs. In the US, productivity and profitability are strong.

In Australia something similar has occurred. Public companies responded to the global financial crisis of 2008 by raising more than $100 billion in fresh equity. This allowed them to sharply reduce debt levels. Net debt-to-equity (not including the banks and real estate investment trusts — REITs) is at a 30-year low. Gearing is about 20% for the overall market, 38% for industrial stocks and 18% for the resources sector – down from 70% in 2008.

Goldman Sachs analyst Hamish Tadgell comments that Australian companies have done a lot of “balance sheet repair work” over the past five years. They also have gotten into the habit of giving profits to shareholders. To protect their share prices in bearish conditions, they have concentrated on keeping their dividend payouts high.
This strategy is now coming under pressure; the post-crisis cycle is coming to an end. According to a report by Macquarie Equities, many Australian public companies are farming out yet more of their profits in order to keep their dividends up. The result is a squeeze. Rather than reinvesting profits for growth, they are passing more profits back to investors.

As a consequence, the report says, dividend payout ratios (the proportion of profits returned to shareholders) have been increased to an average of 75%, the sharpest rise in six years.

This is putting leaders of public companies in a difficult position. According to Macquarie, share price growth over the last three years has been “negligible”. Dividend yields have “come to the rescue” when it comes to providing value to shareholders: the average dividend yield is 5.7%, which is above the long-term average. But as profit growth becomes harder to sustain, maintaining dividends will become more difficult. Pressure will grow on management.

Christopher Selth, chief investment officer for Five Oceans Asset Management, says what is happening in Australia is part of a worldwide trend. Globalisation has created a mismatch between labour and capital. Companies have been able to reduce their expense on labour by using low-wage countries, but this has meant that there is often weak demand for their products, especially in the middle market, because employees in developed economies are struggling to maintain their wage levels and employees in developing countries do not earn enough to replace the lost demand.

“A lot of bears in the stock market will say that profit margins are too high globally, which goes hand in hand with the idea that profit share [corporate profits as a percentage of gross domestic product] is too high in global economies,” he says. “Corporates are sitting on huge piles when their governments are hungry for cash. Is that sustainable? The answer is probably not. It doesn’t matter what your politics are, you would probably say we are at the high water mark for that. US companies kind of know that things are out of kilter. Demand for luxury goods is high, but the middle market is declining hand in hand with the decline of the middle class.”