The case for professional boards 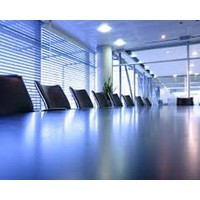 Many of the financial institutions that had to be rescued from insolvency in 2008 had very large boards, and all had a substantial majority of independent directors.

Citigroup, for example, had 18 directors, of whom 16 were independent. In groups this large, members engage in what psychologists call “social loafing”. They cease to take personal responsibility for the group’s actions and rely on others to take the lead. Large groups also inhibit consensus building, which is the way boards typically operate: the more members there are, the harder it is to reach agreement.

I’ve been the president or chairman of two global financial firms, an independent director of several large industrial companies and a long-time scholar of corporate governance. During my career, I’ve seen several chronic deficiencies in corporate boards: boards are often too large to operate effectively as decision-making groups. Members frequently lack sufficient expertise in the relevant industry. And, most important, few members devote the time needed to fully understand the complexities of the company’s global operations.

I propose a model of professional directorship that directly responds to the three main factors behind ineffective decision-making. All boards would be limited to seven people. Management would be represented by the CEO – the other six directors would be independent. Most of the independent directors would be required to have extensive expertise in the company’s lines of business and they would spend at least two days a month on company business beyond the regular board meetings.

Groups of six or seven are the most effective at decision-making. They’re small enough for all members to take personal responsibility for the group’s actions and they can usually reach a consensus in a reasonably short time. The six independent directors called for in the new model are sufficient to populate the three key committees: audit, compensation and nominating. Three different directors would serve solely as chairs of each of those committees, and the other three directors would each serve on two of them.

The Citigroup board was filled with luminaries from many walks of life – it boasted directors from a chemical company, a telecom giant and a liberal arts university, for example. Yet in early 2008 only one of the independent directors had ever worked at a financial services firm – and that person was concurrently the CEO of a large entertainment firm. Large companies need independent directors who have the expertise to properly evaluate the information they get from managers, and directors must know what questions to ask.

Directors must also invest significantly more time than they currently do learning the business and monitoring internal developments and external circumstances that affect the company. Even a director with banking experience would need to spend at least two days a month, in addition to regular board meetings, keeping abreast of company business if he were to contribute meaningfully to the board. What this all adds up to is a new class of professional directors with the industry expertise and the time commitment necessary to understand and monitor large public companies effectively. Board service would not be a sideshow in their professional lives; it would be the main event.

Professional directors would be hard to find

Finding independent directors with relevant professional expertise will not be easy; the most-qualified people will be working for the company’s competitors, making them unsuitable despite their expertise. Moreover, any executive running a large company will not have enough time to serve as a professional director.

As a result, most independent directors will be retired executives (but not former executives of the company in question). This pool of candidates is reasonably large: executives often retire around age 60 in good health but want to continue to work, preferably on a part-time basis. For them, the role of professional independent director is a perfect fit. After all, who really wants to play golf every day for 25 or 30 years?

They would be too expensive

Professional directors would be working a lot harder than directors do today – putting in roughly twice the hours. In addition, they’d be limited to serving on two for-profit boards. It is only reasonable, therefore, to accord professional directors approximately $400,000 a year. Expensive as it sounds, this would not increase the company’s total board compensation outlays by much, since there would be only six independent directors to pay.

They would not want a role that increased their legal exposure

One could argue that because professional directors will actively supervise the company’s operations, they will be subject to increased legal liabilities if something goes wrong. Independent directors, even if professional, would be held liable only for a material misrepresentation (or omission) that they knew about or recklessly disregarded.

They would meddle in operations

Probably the most serious objection to my model is that it might blur the distinction between the board and management – or in the European context, the roles of the supervisory and management boards. Although the new model would entail some reallocation of power, it would not require directors to oversee day-to-day operations. An audit committee under the new arrangement would meet quarterly to review financial filings and press releases.

One of three things will have to happen if we are to get companies to adopt the new model. First, government regulators could require large banks to adopt it as a matter of safety and soundness under banking laws. If bank directors are to constrain management from taking excessive risks, they must have extensive financial experience and spend considerable time between board meetings on bank business. Second, shareholders could join together to pressure a company into adopting the new model.

Finally, a few brave and confident CEOs of sound companies might actually be willing to try out the new model. We’ve seen important changes from the corner office before: the practice of majority voting started from the initiatives of a few enlightened CEOs. If experiments with the new model were to generate higher earnings or stock prices for the companies involved, then I would expect the new model to spread.

Robert C Pozen is a senior lecturer of business administration at Harvard Business School and the chairman emeritus of MFS Investment Management, an investment company in Boston.