The certainty of ambiguity in leadership 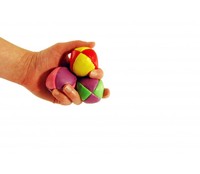 Anyone who has ever been in a leadership role for longer than, oh, five minutes, knows that leadership is not a prescriptive thing. As simple as we try to make it with lists of the ten top things to do here or the best five things to do there, it remains rife with complexity.

Part of this complexity lies in the many roles leaders must undertake that, while necessary, seem incompatible with one another.

Here are some examples:

Being conceptual and tactical

As a leader, it is important for you to be able to rise above the day-to-day mechanics of your operation so you can see where it is all going. This is about having a vision and ideas that give purpose to the work.

There is, however, a limit on the amount of time you should spend at 30,000 feet without coming down to the ground. It’s equally important to work closely with people to ensure that plans are developed in line with the vision and specific actions are taken in order to bring it to life.
Leaders who dwell in the land of ideas too long tend to accomplish very little. Alternately, those who keep their noses to the grindstone and never get off the ground might accomplish a lot but, chances are, it will be a lot of the wrong thing.

Being a leader and a manager

Some people believe that leadership and management are two separate jobs. From where I sit, they’re not. Both roles belong in the leader’s virtual backpack. Confusion often raises its quizzical head, though, when deciding what to manage and what to lead and when.

A simple rule of thumb is that you manage things and lead people. However, to add complexity to the mix, you also manage events and happenings that involve people. And that means you must be prepared to manage conflict and other situations that could potentially get in the way of accomplishing the work.

Being a leader and a follower

Opportunities for people to show leadership, regardless of their formal status in the organisation, are everywhere. It is a wise leader who recognises this and makes room for it when it serves the organisation and supports its goals. The trick is in knowing when it is appropriate to stand down and become a supportive follower.

In general, allowing someone else to take the lead is a good idea when: they know more about the specific work involved than you do; they have demonstrated more skill in a certain area than you have.

This doesn’t mean you abdicate your position. You are still leading by following and supporting someone who can accomplish the goal better, faster or more efficiently than you can.

To do this effectively, you must first know your own strengths and limitations, and also make it a priority to know the capabilities of the people who work with you.

We all know that empowering others to express themselves and make contributions to the organisation’s goals is key to creating vibrant, engaged working environments. And, while this is a leadership responsibility, it is also the job of the leader to create a controlled atmosphere that connects to the demands and goals of the business.

This means finding a fine balance between being autocratic and being liberal. It is where having a fully activated set of organisational values and a comprehensive, well-articulated vision of the future come in handy. They form a framework within which people can be empowered to use their creative abilities and make contributions on their own terms.

There are many other situations where leaders are required to make choices between seemingly contradictory activities. For instance, when would you encourage individual effort over team development? Under what circumstances might you favour an arbitrary decision over a democratic one?

What comes up for you?