The corner office: The five qualities of successful leaders 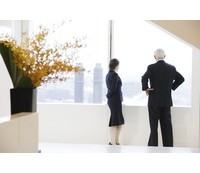 Why do some people get promoted, while others do not? What distinguishes CEOs from all others?

To answer these questions, New York Times editor Adam Bryant has interviewed more than 200 CEOs for his Corner Office column. In his book, The Corner Office: Indispensable and Unexpected Lessons from CEOs on How to Lead and Succeed, Bryant shares what he has learned from Xerox CEO Ursula Burns, Ford CEO Alan R. Mulally, Yum Brands CEO David C Novak, Teach for America CEO Wendy Kopp, Zynga CEO Mark Pincus, and other leaders.

[email protected] recently sat down with Bryant to discuss five qualities of successful leaders, the age-old question of whether leaders are born or made and how his discussions with CEOs have influenced his own approach to leadership.

[email protected]: You have interviewed more than 200 CEOs for your  Corner Office column, and you drew on 70 interviews with CEOs and top executives for your book, The Corner Office. Through these conversations, you have distilled five qualities of successful leaders. Tell us about those.

Adam Bryant: What I really tried to do is understand what it is about these people that explains … why they kept getting promoted. The first [quality] is passion and curiosity. That really refers to a deep sense of engagement with the world– a questioning mind. [People who exhibit this quality] are interested in people, interested in things. When they go into a situation, they try to figure out, “How does this work and how can it be made to work better?”

The second one is battle-hardened confidence, which really refers to having a track record of facing down adversity and knowing what you’re capable of, because at all points in our lives we get put on the hot seat in stressful situations. These CEOs had faced down that adversity, and there was that quiet confidence. They knew what they were capable of.

The third one is team smarts, which is the organizational equivalent of street smarts…. You have a good antenna for meeting dynamics and a good sense of how to bring people together. The fourth one is what I call a simple mindset, and that really refers to the ability to distill a lot of information down into the one or two or three things that matter. When you stand up in front of a group of employees, you don’t want to say to them, “These are the 12 things I want you to think about this year.”

You really want to give them one, two or three because that’s what people can remember. On those days, CEOs really earn their paycheck if they can take a very complicated portfolio company and say, “These are the three things that matter.” The last one is fearlessness, which is really just a bias toward action — not recklessness, but a willingness to take risks and to see things that need to be turned upside down or inside out to be improved. The CEOs that I’ve interviewed had reverence in their voices when they talk about this quality of fearlessness.

[email protected]: Can you give us some examples of a couple of the leaders you talked to and what they said to you that really resonated?

Bryant: Alan Mulally of Ford talked about this quality of passion and curiosity. If he’s in a group of people, he wants to ask them all sorts of questions and understand them. One woman I interviewed had a great expression: “middle brain.” People always talk about left brain and right brain; she talked about the fact that she felt she had a middle brain, which is a good balance of the analytical and creative. That was kind of a nifty way of capturing an idea that came across in a lot of the interviews where it really is a matter of marrying the two sides of the brain. You do have to have the creative to be successful, but you also need to balance it with the analytical.

[email protected]: In your view, do these five traits help CEOs guard against corruption, bankruptcies and scandals?

Bryant: Wow. It’s hard to know. These are certainly personal qualities. If [leaders] are truly passionately curious, then hopefully they’ll have that sense about their organizations and they’re not just sitting in their ivory tower…. Almost every month, there’s some new scandal, and I find it remarkable. To be candid with you, over time, I’ve seen [some of the CEOs that I’ve interviewed] in controversial situations. I guess it goes back to my evolving theory of life, which is if you give enough people enough time, some people are going to do questionable things.

[email protected]: You note that management is about results. What insights did the CEOs you spoke with have on managing people in order to get those results.

Bryant: A lot of it is really about marshaling the team and really giving people a sense of a clear mission. Because if you can really boil down the goals of an organization to just the three metrics and the overarching goal for the company, then people have a clear sense of what their role is in the organization and how that contributes to those goals. In a lot of organizations, especially big ones, people feel like they’re often siloed, and they don’t really understand how their work is contributing to that goal.

That’s why I think this notion of simplicity is so important. If you can really boil down the strategy just to have a simple plan and say, “Here’s how we’re going to measure it,” then people can, throughout their day, have an awareness of how their work can contribute to those goals. A lot of people are team players at heart, but they need to know how they can contribute. Otherwise, they’re going to be on Facebook and Twitter all day.

[email protected]: Based on your interviews, do you think leaders are born or made?

Bryant: I think it’s a little bit of both. I really do. I think there has to be a little bit of aptitude to begin with – maybe a lot of aptitude. But I do feel a lot of these skills can be developed. In fact, I’ve met some executives over the years … who are very mindful about it. It’s a little bit like dieting. If you agree with these five traits I’ve identified (and I’m not saying I’ve cracked some magic code) … then it really comes down to … always making small and large choices, in the same way you make choices about diet and exercise. If you keep these in mind and if you’re in a situation where it is a team dynamic, then just watch people who are particularly good at it and study it and look for the impact. Be fearless, not just at work, but in your own personal life. Take changes, take risks. If you want to emulate the CEOs and you agree that those five characteristics make sense, then I do think these are things that people can work on and that there will be a pay-off.

[email protected]: And how have these interviews affected your own leadership?

Bryant: I am always reminded by the CEOs of the importance of simply spending time with my employees. I manage a group of nine reporters, and I try and spend a lot of time listening to them. I try and spend a lot of time in actual conversation and not on email. I’ve been reminded often of the importance of talking to somebody. Over the phone or in person is very different from an email because there’s so much opportunity for communication to be misread and to be lost in translation over an email. A lot of it comes down to time.

I’ve really come to believe over time that about 90% of all problems can be solved actually talking, rather than letting stuff fester or trying to hash something out over email. I think picking up the phone, talking to somebody in person and [having an] adult conversation about something … can release and avoid things that can really bog things down. So, those are the main things I’ve really been reminded of by the CEOs. I’ve learned a tremendous amount from them, I have to say.