The cost of entrenchment: why CEOs are rarely fired 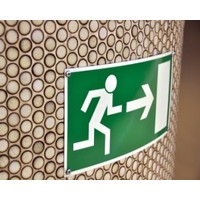 Wharton finance professor Luke Taylor has heard the conventional wisdom many times: boards of directors often fail to do their jobs when it comes to firing underperforming CEOs.

“When I talk to my friends outside of finance and read the popular press, you find a knee-jerk reaction that not enough CEOs are fired,” says Taylor. The data shows that “2% of Fortune 500 CEOs on average are fired every year, but we have no benchmark for judging whether [that figure] is a lot or not enough.”

Taylor set out address that question. His goal? To model the decision to fire a CEO and quantify the forces at work. His work was published in the December 2010 issue of The Journal of Finance in a paper titled, Why are CEOs rarely fired? Evidence from structural estimation.

Taylor’s model contained two costs of firing a CEO. Direct costs, such as severance, make up the first component. The second component is what Taylor terms ‘entrenchment’ costs, which are intangible costs that board members feel but shareholders do not – for instance a personal relationship between board members and the CEO. If there are any entrenchment costs, then boards fail to get rid of CEOs whom shareholders would like to see fired – in short, creating an environment where fewer top executives are let go than should be, based on performance. Taylor’s model found that the entrenchment cost per firing was, on average, $1 billion – far more than the $300 million in direct costs.

One area Taylor did not examine is what impact a higher level of CEO turnover would have on the ranks of CEOs. His model does, however, predict that if the entrenchment cost went to zero – meaning that sacking a CEO came with only financial costs and no intangible consequences – the annual rate of CEO firings for the S&P 500 would go from 2% to 13%. That would result in a one-time bump in value for the S&P 500 of 3%. Taylor notes that this higher level of firings could potentially cause talented individuals to choose career paths other than those that might lead to a CEO position.

“I think fewer people would want the job,” he says. “When a CEO is fired, research shows there is a huge impact on that person’s career.” For instance, Taylor points to previous studies showing that when dismissed CEOs go on to manage another firm, that firm is 90% smaller and the CEO is paid significantly less. If boards are too quick to push leaders out, Taylor suggests, new CEOs may be less inclined to take risks, a shift that could dampen corporate performance over the long term.

Taylor’s work involved two separate pieces. First, he created a model for a board’s decision to fire a CEO. The complex framework – which was four years in the making – includes factors like the company’s profitability versus its industry’s, the CEO’s ability, and the costs involved in replacing him or her. All the elements of this model can be estimated, including the real costs to the company of replacing the CEO, which include severance or retirement packages, fees to executive search firms, disruption costs and any other CEO turnover costs that affect profits.

As for nailing down the more intangible entrenchment costs, Taylor turned to the hard data on CEO firings. Because no available database on the topic exists, the first step was to look at all CEO departures between 1970 and 2006 based on the Forbes annual list of CEO compensation.

To determine if a CEO was fired versus leaving on his or her own accord, Taylor had to do a bit of tea leaf reading. He pulled Wall Street Journal stories on the CEO exit and applied a few rules. Obviously, if the board characterised the departure as a firing, it was classified as such. For less clear-cut cases, Taylor used set criteria to determine if an exit was voluntary or not. For example, if the CEO was labelled as ‘forced out’ or if the exit didn’t involve death, health issues or the acceptance of another position elsewhere, it was assumed that the individual had been fired.

Once Taylor had that data, he plugged it into his model. Based on the history of about 2% of Fortune 500 CEOs who are terminated annually, Taylor was able to figure out what cost the board was placing on firing the boss.