The effective leadership premium: How much is the right leader worth? 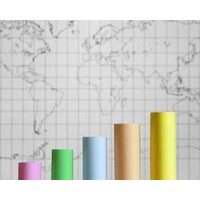 A chief executive’s personal standing can affect a company’s stock price by as much as a third, according to new research by global accounting and consultancy firm Deloitte.

Leaders judged as effective by stock market analysts on average achieve a 15.7% stock price premium, Deloitte found in a report released this morning. Those judged ineffective were punished with an average discount of 19.8%. On average, this led to a 35.5% stock-price gap between companies with perceived good leadership and those with perceived weak leadership.

When it came to judging ineffective leadership, a lack of clear strategy was the biggest culprit for 26% of analysts, followed by dishonesty (14%) and ineffective decision-making (14%).

“Analysts want to see leaders capable of responding and adapting quickly, and supporting and developing innovation,” said William Gosling, a partner at Deloitte’s consulting practice, in a statement. “They want to know that the conditions for successful execution of strategy are in place.”

The study was based on interviews and survey results with 618 analysts in the United Kingdom, the United States, Japan, Brazil and India. Ben Le Brun, a market analyst at optionsXpress, says it’s difficult to put a number on the value of effective leadership when it comes to share price in the Australian market. But, he adds, perception and sentiment are two very big factors affecting a stock’s price.

“We had a good example of leadership concerns this week with Leighton Holdings,” he says. “They have a relatively new management … and in a short period of time they have managed to alienate themselves from the market. A couple of downgrades for two troublesome projects that can be largely attributed to the previous management have been blamed squarely on them.”

Fairfax has enjoyed the opposite effect since Gina Rinehart increased her stake in the company and began agitating for a board seat.

“This was viewed as very positive for the stock, and the price moved up accordingly.”

However, the market’s perceptions of leadership capabilities aren’t fixed in stone. Board and succession consultancy Spencer Stuart recently found little relationship between whether or not the share market rose on the announcement of a new leader, and the movement of the share price over the leader’s tenure. This suggests analysts can and do change their minds.

An example close to home can be found in the fortunes of insurance group QBE. Le Brun relates how the company’s management was for years perceived to be among the best in the market.

“A shock downgrade in guidance a month ago saw brokers and analysts baying for blood,” he says. “Weeks later the company completed a successful capital raising and its leaders are lauded as heroes again.”

“That was all in the space of one month.”

Deloitte recommends leaders who want to maximise their leadership share-price premium should prioritise their personal contact with analysts. Four out of five analysts surveyed said face-to-face meetings were one of their preferred ways of finding out leadership capabilities.

“It’s very important to see and listen to them, so I put enormous value in the analysts’ conferences they hold,” a UK analyst said.