The emotional intelligence of Don Draper 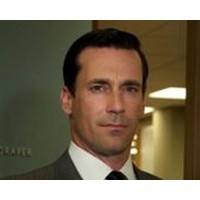 The fifth series of Mad Men is now being shown. I must confess that in the past six months I have become a Mad Men addict. I had actually missed seeing the first four series as they were televised but on an international plane trip I watched several past episodes and became hooked.  I set myself the goal of watching all the episodes, hired out the DVDs and I am nearly at the end of series four.

While the series goes through the standard life-cycle themes of hatching, matching and dispatching, it is one of the few TV series that deals with business. While crime, hospitals, courts, politics, history and westerns have all had multiple TV series, there have been very few that deal with the corporate world.  Indeed on The Office is the only one that comes to mind and that is a parody.

On the other hand, in Mad Men much of what happens in business is actually portrayed.  Acquisitions, start-ups, recruitment and terminations all occur.

However, if there is one part of the series that really resonates with me it is the pitching to prospective clients. I worked in venture capital for 25 years and probably averaged hearing two pitches per week – or about 2,500.

However, we also had pitch for money ourselves. I was involved in raising money for five venture capital funds and probably made more than 300 presentations. I once heard that it takes the average entrepreneur 70 pitches to raise money in Silicon Valley. (Trust me: the one-stop presentation that Mark Zuckerberg gives to Peter Theil in The Social Network happens very infrequently.)

I remember when I first heard this, I said to myself is that all? Pitching is a major part of business and in Mad Men, Don Draper is the pitcher par excellence. He has realised that one of the great keys to success in emotional intelligence is sell to the heart and not the head. As one of his acolytes, Peggy Olsen, noted Don makes an emotional pitch then buttresses it with emotional stories that echo the message.

The character of Don Draper has been the subject of much debate on the internet. One of the great moments is when a secretary throws a Christmas decoration at Don, smashing a picture, and shouting: “You are not a very nice person!” and then running crying from the room. Don is not a nice person; indeed he is one of the great corporate psychopaths. He cheats on his wife and his girlfriends, is economical with the truth, yet is charming in his approach.

The part that I find difficult to reconcile in the character of Don Draper is his supposed creative genius. There are creative types in the series but they are more of what you expect: individualists who come up with imaginative ideas and who beat to a different drum in things such as dress, etc.

Don Draper is much more of a suit (like the account managers). They also feature heavily in the series and of course it is the conflicts between the suits and the creatives which generate much of the dramatic tension in the series.

Mad Men has been described as the best thing currently being shown on television and I have to concur. It should be mandatory viewing for all actual and prospective corporate managers.