The end of management gurus 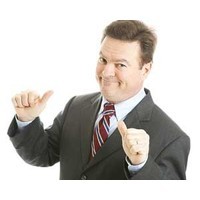 One of the strangest aspects of business life to emerge over the past two decades is the rise of management “gurus”. Whether it is Warren Bennis on leadership, Ricardo Semler on letting organisations self-manage, Gary Hamel on innovation, Jim Collins on the characteristics of great leaders, Daniel Goleman on emotional intelligence or Tom Peters on, well, Tom Peters, these celebrities of business thinking have created fabulous businesses out of dispensing digestible, often superficial, insights into how best to do business.

There are many reasons for this. One is the history of American industry. The quality movement, which was adopted with great effectiveness by Japanese companies in the 1980s (despite the theorists being mostly American) created the impression that there might be “secrets” to doing good business that are known only by management experts. If quality techniques, which were essentially a way to remove unwanted variability in repetitive processes, could turn Japan into an industrial juggernaut, then perhaps there were other secrets that could be learned to get similar results.

Another catalyst was upheaval in management structures. As management layers were aggressively being removed from corporations – “re-engineered”, a term invented by two other management gurus, Michael Hammer and James Champy – then being in possession of the most current theories could be seen as a way to progress. Even if one did not agree with the ideas of Michael Porter or Tom Peters, repeating them in the workplace might be a way to hang onto one’s job.

Meredith Doig, principal of Midlothian Consulting and an expert on the theories of the Canadian management thinker Elliott Jaques, says there has been a shift from management to leadership. Developing careers in management is only possible if there is a management hierarchy. In the absence of such a hierarchy the emphasis changes. “There is heaps of stuff coming out of America on leadership,” says Doig.

A third reason for the success of gurus is the power of stories, which can appear to make sense of the chaotic or humdrum. David Collins, author of Narrating the Management Guru, writes that Peters’ success as a guru derives from his abilities as a storyteller. He comments that as Peters increasingly makes himself the centre of his own stories, he is tending to lose effectiveness.

The era of management gurus is fading, however. Carmel Ackerly, acting chief executive, Victoria and Tasmania, of the Australian Institute of Management, says gurus have been affected by the slowing of the world economy. “In the ’90s they were very prominent. They came into their own. I think it was because the world was more affluent. They [went on] the speaker circuit and the conferences and [wrote] books.”

The global financial crisis changed all that, she says. “No one was paying them the high fees to go and do those conferences. At the same time we saw the proliferation of the internet and I think that has changed the way gurus have developed and how they market themselves.

“They were moving away from the large conferences and they had to find a new way and the internet is giving them that.” Ackerly says the increased use of YouTube, TED and online groups has changed the way people gain access to management gurus. She adds that some have “rested on their laurels a bit”.

There may also be declining confidence in what gurus have to offer. Doig questions whether the one-theory-fits-all approach of gurus is appropriate. She comments that Jaques believed that different styles of management could be effective. “This is why I don’t like American gurus, who are paid tens of thousands of dollars to say that you should all be alike,” she says.

Ackerly says managers need to see which model suits their circumstances and, if it does not work, to look elsewhere. She warns against “mystification” of management gurus.

“What does it take to actually be a guru? Is it a model or a formula? We have gurus coming out of academia because they have a model that they have applied or worked with a company to develop. We have CEOs who have proven that they can reinvent themselves.

“The secret for managers is not to idolise one, but to look widely and make sure when they take a model to make sure it fits with what they do.  And make sure that they can practically apply it to the workforce to meet (their) challenges. Keep looking. If it doesn’t work, then go and get another model and that may mean changing gurus.”