The ever-expanding ‘to-do’ list: How leaders can change the paradigm 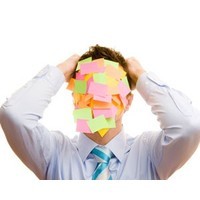 More executives are joining CEOs in the C-suite – chief marketing officers and chief human resources officers are two of the more recent additions, but the chief information officer is also now working more closely with leading company CEOs. It is providing rich and diverse input into leadership decisions, but it also becoming overwhelming for CEOs, says Sandra Banister, a director at The Leadership Circle Asia Pacific.

More reports equals more work, but there is also more complexity in other aspects of the role, Banister says. “I think the biggest challenge CEOs are dealing today is the complexity arising from multiple interconnections, and increased inter-dependency, internally and externally. With what it means to do business globally, the necessity for developing a global mindset, it is quite challenging within organisations. Who is sitting around the table now is indicative of this.”

Boards are looking for CEOs who can simultaneously cut costs, improve productivity and grow revenue, in that order. It’s a big ask. “The jobs are very demanding,” executive recruiter Nick Waterworth recently commented to LeadingCompany.

Banister says CEOs can only cope if they set boundaries around the expectations placed on them. She says boards may be demanding about key performance indicators, but there is usually a lot of leeway in how leaders can get there.

It is in redefining the “how” – the approach to the task – that CEOs can bring their workload under control, says Banister, who consults to CEOs of global companies on this subject.

“What I recommend as I work with CEOs, first and foremost, is to conduct a ‘reality check’ – that the CEO discerns their own mental models and contrasts that with models of what a highly effective performance is on a global scale. The key is that the CEO must know the boundaries of his or her own thinking, before they can be discerning.”

Banister says leaders will know when they need help. “We recognise an ominous feeling of being in over our heads; that what worked for you before isn’t working any more, and there is nothing in your repertoire that will work. You are not clear on what to do, and while you are not going to broadcast that, you will feel it when you put you head down on the pillow.”

Banister says there is plenty of research against which modern CEOs can measure their capabilities. “They were different  20 to 40 years ago. There is research of 20 or so critical capabilities for today. We do know that as the CEO matures and move through the organisation, the balance between task and relational competencies changes. In early stages, high task competencies get you there. As you go higher in the organisation, it becomes a case of relational skills.”

Among the key skills from a relationship point of view are:

Therein lies the key for containing the workload, Banister says. Once the CEOs has checked themselves against a benchmark, they can concentrate on the one missing competency that has led to the problems.”

“It would be the rare person that didn’t have some aspect to develop, and the CEO needs to attend to those,” she explains. “If someone cannot mentor and develop people coming through, you are creating a bottleneck. You can imagine what happens to the workload of the CEO who has taken all the responsibility on herself.  Or, if a CEO is reluctant to have those courageously-authentic conversations with his top team, if he has high need to be liked, you can begin to imagine how things fall apart.”

For example, if CEOs cannot have a “courageous” conversation with their boards about workload, or work life-balance, they will burn out, Banister says.

In her experience, most CEOs have great strengths, and a combination of small weaknesses that can be adjusted to great effect.

“It is usually it is a small combination of things, but the CEO has such an effect on any organisation that if the CEO makes some fine adjustments it has a big impact.”

Will boards tolerate a CEO who, compared to others in their peer group, is working fewer ours, no matter what their results?

Banister is confident that this is a board’s expectation of the leaders. “This is the ability to stand apart and sometimes have a discussion about the insanity of the systems that are expected to deliver results, to sit with the board and say yes, I will commit to the results, but from systemic point of view, this is how I am going to go about it.”

Wise boards recognise the risk of burning out their leaders. “We know [overwork] is a sure fire recipe for burnout, and for unsound decision because the leaders know they no longer have the mental agility not to fall pretty of ‘group think’. When leaders are stressed, they fall back into early stages of development, they are less mature, and they need to be more mature to make the right decisions.

Banister says when CEOs model this approach to leadership, it is likely to have a flow-on effect. “The CEO is a powerful position. Whether or not you are using your authority, you are role modelling your expectation of behaviour and culture.”