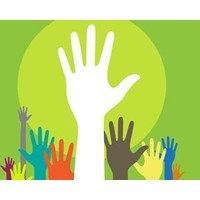 Even as the Indian government is making it mandatory for companies to spend 2% of their net profit on corporate social responsibility, Wipro chairman Azim Premji, whose net worth is estimated to be about $16 billion, is setting standards in personal philanthropy in the country.

Premji recently became the first person from India to sign up for the Giving Pledge, a global philanthropic initiative spearheaded by Warren Buffett and Bill Gates. The Giving Pledge is a commitment by the world’s wealthiest individuals and families to dedicate the majority of their wealth to philanthropy.

Last week mining magnate Andrew Forrest became the first Australian to agree to give away half his wealth to philantropic causes.

For the first time since its inception in 2010, the pledge has expanded beyond the US. Premji is among 12 non-US signatories from eight countries who signed the pledge recently. With the addition of these new global pledgers, the group totals 105.

Philanthropy is not new to Premji, the third richest Indian after Mukesh Ambani, chairman and managing director of Reliance Industries, and steel tycoon LN Mittal. Premji’s emphasis has been on bringing systemic changes. In 2000, he set up the Azim Premji Foundation with an initial contribution of around Rs.1000 crore ($184 million at the exchange rate of rupees 54 to a dollar) worth of Wipro shares and a clear focus on primary education. In an earlier interview with India Knowledge@Wharton, Dileep Ranjekar, the co-chief executive officer of Premji’s foundation, recalled that in the early days of the organisation, Premji went to slums in Mumbai and to the interiors of Andhra Pradesh to see for himself what others were doing in this space and how his foundation could contribute most effectively.

In December 2010, Premji made an endowment of $2 billion toward the foundation — at the time, the biggest single act of philanthropy by any Indian. Soon after signing up for the Giving Pledge, Premji has given shares worth Rs. 12,300 crore ($2.2 billion) to the Azim Premji Trust, which finances the activities of his foundation. Once again, this is the largest amount given for philanthropy by any Indian in recent memory.

In a letter to the Giving Pledge Group, Premji said: “I strongly believe that those of us who are privileged to have wealth should contribute significantly to try and create a better world for the millions who are far less privileged. I will continue to act on this belief.” Last year, the usually reticent Premji co-hosted a first-of-its kind event, with Ratan Tata and Gates, to encourage philanthropy.

Talking recently to Indian business daily The Economic Times, S. (Kris) Gopalakrishnan, the co-founder and executive co-chairman of Infosys, noted that Azim “has been leading from the front in terms of philanthropy in India, whether by directly contributing or encouraging others to contribute”.

In a recent article in Forbes, Buffett points out that along with being a financial commitment by individuals, the Giving Pledge provides a platform for participants to share their experiences and see how best they can makes their philanthropic initiatives more effective.