The hot and cool “effulgence” factor 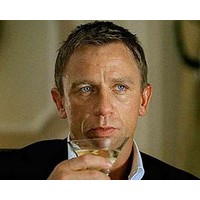 They need no introduction. Their brands have lasted more than 50 years, and in Marilyn’s case, an untimely death. They are still the hot and the cool symbols of the “effulgence” factor. (ef·ful·gence: noun: a brilliant radiance.)

Let me explain. There are now more forms of media brilliance, radiance and star quality than when Marilyn and Bond were created. This month, we have the latest Bond film, Skyfall, and we can expect more franchise extensions.

Marilyn, born Norma Jeane Mortenson, lives on – beyond the image created by pop artist Andy Warhol, beyond numerous conspiracy theories and beyond an affair with president John F Kennedy, and possibly his brother, Jack. This is an unlikely background for such a resilient symbol of fun and fantasy.

Her mother was a film-cutter at RKO Studios who, widowed and mentally ill, abandoned her to a sequence of foster homes. She was almost smothered to death at two, and nearly raped at six. At nine, the LA Orphans’ Home paid her a nickel a month for kitchen work while taking back a penny every Sunday for church.

At 16, she worked in an aircraft plant and married a man she called Daddy; he went into the military, she modelled. They divorced in 1946. After marrying Arthur Miller, the rest is history as Norma Jeane became the blonde bombshell, Marilyn Monroe.

Bond is the creation of Ian Fleming. In real life, agent 007 would most likely have died from smoking 60 custom-made cigarettes a day for 50 years, and if not that, from cuts to M’s austerity MI6 Budget. But being fictional, his star has never dimmed. Fleming wrote 12 Bond novels and two short story collections before his death but the Bond character lives on through new actors and authors.

Bond is a composite character based on a number of commandos whom Fleming knew during his service in the Naval Intelligence Division during World War II, to whom Fleming added his own style and tastes. Bond’s name was appropriated from American ornithologist, James Bond.

In 1964, Marshall McLuhan foreshadowed the power of Marilyn and Bond with his suggestion that the medium would become the message and the message would have “hot” and “cool” characteristics.

Hot media usually (but not always) provides complete involvement without considerable stimulus; they emphasise one sense (for example, sight or sound) over the others. For example, print occupies visual space, uses visual senses, but can immerse its reader. Eg: the Andy Warhol images of Marilyn after her Hollywood death (possibly, but inconclusively, suicide.)

Cool media usually (but not always) provides little involvement with substantial stimulus. They require more active participation on the part of the user, including the perception of abstract patterning and simultaneous comprehension of all parts. They require a composite appreciation such as Bond’s attraction to women, fast cars and the latest gadgets and a global lifestyle.

So what can leading companies learn from the effulgent lives of our two heroes? How did Marilyn outshine Norma Jeane? How does the Bond character change its actors but retain its cool character in our collective minds? Can a leading company become hot or cool, overcoming the constraints of reality, and remain a source of fun and fantasy?

Yes. But not without enlightened leadership. Leading companies will not survive by cutting costs, trimming their product inventory alone, but by offering leadership to their team through innovation, creativity and entrepreneurship.