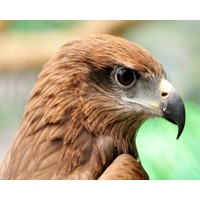 A sine qua non [an indispensable element] of nearly every talk or blog on leadership is the importance of vision. Typically, the author says that unless the leader has visualised and articulated a dream which they can then successfully communicate to the team, they will fail as a leader.

While this sounds terrific, my experience says this is not what happens. As a venture capitalist, I was involved for 25 years with start-up and growing companies, and far more important than vision for success was flexibility.

Success comes not from developing a vision and following it through. Success was more due to a combination of being flexible, chasing the right opportunities and keeping a very tight control on costs and cash.

Consequently, whenever I heard someone talking about the importance of vision, I would usually shut my eyes and go to sleep (metaphorically, if not literally).

Recently, I attended an alumni reunion at the London Business School. As part of the celebrations, the school had invited their top lecturers to speak on a variety of topics.

One of the speakers was Professor of Organisation Behaviour, Nigel Nicholson – who spoke on the topic of The ‘I’ of Leadership: Destiny, Drama and Deliberation.  Surprise, surprise it turns out Nicholson has just published a new book called The ‘I’ of Leadership: Strategies for Seeing, Being and Doing. I have bought the book, but not yet read it. What convinced me to buy it was not just Nicholson’s workshop, but his definition of vision.

According to Nicholson: vision can be defined as the leader seeing things the rest of the team do not see. Successful leaders use their ability to see what others do not see to frame their actions and build a successful business.

Perhaps the best modern example has been Steve Jobs. He did not just transform one industry. Through his ability to see what others could not see he transformed four: personal computing with the Mac/iPad; music with iTunes/iPod; communications with the iPhone; and the movie industry with Pixar.

Leaders fail when they lack insight – into themselves and the worlds they inhabit. Again, Apple provides a wonderful example in the form of John Scully, who is immortalised by this famous quote while he was CEO of Apple: “Apple was supposed to become a wonderful consumer products company. This was a lunatic plan. High-tech could not be designed and sold as a consumer product.” He could not have been more wrong.

If you Google ‘leadership + vision’ you get 222 million hits. On the first page there is a link to ‘quotes on vision’ on a website called Leading Thoughts. There are no quotes by Jobs, but there is one by Scully: “The future belongs to those who see possibilities before they become obvious.” Sometimes, the irony of life is truly delicious.