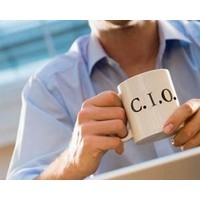 After interviewing 300 CIOs across the world, accountancy firm Ernst & Young found that less than one in five (17%) had a position within the executive leadership team.

“Unfortunately, we are seeing that in a number of companies the value of the CIO is not being exploited to its full potential,” says Ernst & Young IT advisory leader Jason McLean.

“Given current global economic pressures, CEOs are in clear need of ‘co-drivers’ who combine technology expertise with business knowledge, experience and insight.

“Surprisingly, this survey highlights there are still CIOs who are not regarded as true members of the executive management team. While they have obvious technical expertise, often they are not perceived to have the right level of business skill or expertise.”

Less than half (43%) of CIOs surveyed said they were deeply involved in strategic decision-making.

Big companies are the worst offenders. Four in 10 (38%) of CIO respondents reported a lack of support as a major issue, particularly in large companies.

Perhaps more worrying is that most CIOs (60%) think they have a lot to contribute to strategic corporate decisions. What is holding them back is the attitude of their fellow executives. On average, just 35% of other members of the executive team agreed their CIOs could add “strong value” to decision-making.

There could be cultural issues for the barrier between CIOs and other executives. CIOs typically come from very different backgrounds to other members of the C-suite. For example, they’re usually younger: the average CIO is a 43-year-old male. Just under half (49%) of CIOs had degrees in information technology, while only one in 10 held an MBA. The majority had spent their entire career in the IT functions of companies.

Despite technology often being central to a business’ operations and competitive advantage, most companies view their IT departments as a cost to be controlled, the report notes. Most interactions between the C-suite and the company’s CIO are centred on reducing costs.

Unsurprisingly, most CIOs felt they didn’t have enough money or staff to be truly effective – 32% said budgetary restraints were a large barrier to their effectiveness (compared to the 5% of other C-suite roles who said this was a problem), while 13% said a lack of staff was a key barrier (compared to 3% of non-CIO executives).

Ernst & Young surveyed several other executive positions about their views towards their CIO. The interviews revealed most executives would prefer their CIO to stay in the back office, out of the public eye. CIOs are rarely allowed to do media interviews. Lastly, CIOs were viewed as lacking ambition.

This means recasting the role of the CIO, and the role of IT, is necessarily for businesses to make the most of the business opportunities that technology brings.

“CIOs know they need to engage better with the CEO and the board if they are to move the conversation beyond the basics and discuss how technology will enable new products and services, distribution strategies and business models,” McLean says.

“The future CIO will need to be a business executive that improves the awareness and understanding of how information and technology can be used as a unique source of innovation and competitive advantage.”

However, when Ernst & Young asked CIOs whether they thought their standing in their business had improved in recent years, less than half (48%) thought it had.

It’s clear that when it comes to further involving CIOs in strategic decision-making, companies are going to take some convincing.

As Volker Raupach, vice-president of IT at Johnson Controls put it in the report: “If you’re just the guy who can make the BlackBerry work, why would they want to discuss strategy with you?”

Ernst & Young’s full report, ‘The DNA of the CIO’, is available here.