The James Hardie judgement: What company directors need to know 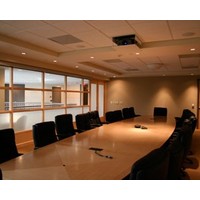 Another chapter in the James Hardie saga has ended, with the High Court yesterday finding the directors had misled the market in a 2001 statement that claimed the company’s asbestos liabilities were “fully funded”.

The members of the 2001 board were first charged in 2007, and in 2009 found guilty in the New South Wales Supreme Court of having breached their duties as directors. That decision was overturned a year and a half later by the New South Wales Court of Appeals, before the High Court yesterday upheld ASIC’s case.

The directors will now have to face court again to determine their punishment. They are expected to face years of disqualification as company directors, as well as fines.

“[The James Hardy board] should have checked the release at the time… As director in a public company, you have to check information that’s released, read carefully, ask questions.”

But recent years have seen the role company directors play become increasingly complex, and this has had some worrying effects on the willingness of directors to accept new positions.

According to the findings of the Director Sentiment Index released in April, approximately 40% of directors believe that legislation imposing liability on directors has a negative impact on their business decisions and their willingness to serve on a board.

Baxt, who has authored the institute’s book on the duties of corporate directors for 25 years, added that other recent court cases such as Centro and Fortescue have made it even more difficult for directors to navigate their role without fear of being held personally liable.

“There seems to be a never-ending raft of legislation imposing personal liability on directors. With approximately 700 state and territory laws making directors liable, it is little wonder that organisations across the country are being hampered by less than optimal decision-making,” he said.

The increase in legislation over the past few years has been driven, Baxt said, by regulators deeming corporate law “too hard” to deal with.

This has seen ASIC increasingly issue infringement notices to companies instead of taking them to court. Leighton Holdings is the most recent example. The company recently paid $300,000 in fines after ASIC issued it with three separate notices.

The regime of infringement notices exposes companies to two risks: that of being assumed guilty, and the class actions that can follow such an assumption.

A class action by shareholders is being prepared against Leighton.

“If ASIC believes a company has breached their continuous disclosure obligations, they should take the matter to court,” he says. “In a sense, the infringement regime is welcomed by companies, as they don’t have to fight a court case. But if ASIC loses the Fortescue case, it will continue to use the infringement regime.” (ASIC has taken miner Fortescue to court over alleged misleading market disclosures; the High Court is yet to rule.)

Key to the infringement regime is that companies do not admit guilt when paying the fine, but Baxt says this is unrealistic. “The media gets hold of the press release, beats it up, there’s clearly an assumption of guilt.”

Class actions are a risk

“What often follows is a class action by investors and others, who say ‘our shares have lost value because of your disclosure’.”

In recent years, changes to laws have meant the rise of companies that fund litigation, in particular, class actions, and has seen a big spike in cases brought.

Another risk to directors is the anti-phoenix bill currently being considered by the Parliament. It aims to prevent the rise of phoenix companies by making the all company directors personally liable for any unpaid superannuation owed to their staff when the company collapses.

Baxt says this is the most concerning example of the trend towards holding directors personally responsible. “What’s terrible is that even directors who weren’t there when the money was collected are liable.”

“It’s the Government moving away from the presumption of innocence,” Baxt says. “The limited liability company will quickly go out of existence if that becomes the norm.”

“The attitude of people in Treasury and elsewhere… is obnoxious to Australian values and ideals. God help us if they extend this to all our regular laws.”

Baxt says company directors are very concerned about these developments.

“You can put in the best risk management strategy, but you can’t guarantee that something won’t go wrong. As a director, one of half a dozen, you can’t assume you’ll be told when everything isn’t in place. I hope we don’t come to a day when directors have to check every piece of work that gets done in a company to make sure they’re not liable in any way.”

The cost of red tape

This is a huge waste in the current economic conditions, Baxt adds.

“We need entrepreneurial companies, especially when the economy is going down. But they won’t be prepared to take that risk. That’s what the institute’s been finding.”