Short and sweet: The key to succinct communication 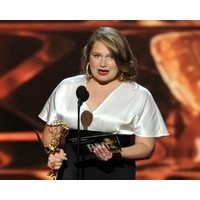 At last month’s Emmy Awards, having been named Outstanding Supporting Actress in a Comedy Series for her role in Nurse Jackie, Merritt Wever stunned the crowd when she quickly wrapped up her speech in just a few seconds.

Clutching her award, she simply said: “Oh my God, thanks so much! Thank you so much. Um, I gotta go. Bye!” It was hilarious and received a round of laughter and applause. It was the shortest and best received speech of the evening, and was widely talked about because it was memorable for all the right reasons.

We can definitely take a leaf out of her book. So here are some quick tips on applying brevity to your work life.