The kids are alright: The changing nature of succession planning in family businesses 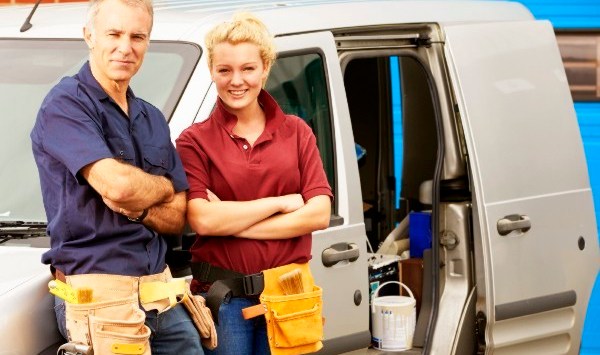 The way family businesses change hands in Australia is evolving, with more and more parents letting their children fly the coop before giving them the option of coming back to work for the company.

Whether it’s encouraging the new generation to develop their own skills before following in their parents’ footsteps – or being more open minded about women running a company – family businesses in Australia are planning for a better future.

People have to earn their position

Angela Robins, an accredited family business advisor at MGI Adelaide, told SmartCompany these days the general perception is that the next generation have to work their way up the ladder rather than simply take the helm at a certain age.

“The understanding is people earn their positions now, they don’t just step into the business,” she says.

“They will start working in the field and acquire those skills and bring that skill and insight into the family business. Then of course you’ve got family members coming through the lower aspects of the business – that tends to work quite well as they understand all aspects [of the company].”

Robins says this means that if the family business is a winery, then the younger generation will be outside working alongside other employees pruning the vines rather than walking straight into a sales or marketing position. She points out that this tends to work better than “positions of assumed control”.

“Your typical family business failure comes out of poor planning where a really good business has been brought down by the family itself,” Robins says.

“Everyone’s doing it tough enough in the current climate that they don’t need those family aspects impacting on the business as well.”

Sons are not automatic heirs

Chief executive of Beechworth Honey, Jodie Goldsworthy, told SmartCompany her family had been beekeepers for four generations before she started her own business.

“But because I was female not male, we started our business financially independent from my family’s beekeeping operation,” she says.

“When Steve and I started it was a fantastic start because we had nothing behind us and nothing to lose – but also that generational knowledge to tap into. We could be guided but if we didn’t like the advice we could do it our way.”

Robin says the changing nature of succession in family businesses is also due to the changing economy. For example, there are now a lot more technology-dominated businesses which require formal training.

“It’s broadened that whole thing of it’s not just the son that becomes the automatic heir,” she says.

“In the family group, it’s who is the most skilled and most suited to that position.”

There are more opportunities for young people

The way in which family businesses change hands is also being driven by the younger generations, who are becoming more aware of other opportunities in life by travelling or going to university.

“The younger generation is driving that need to go get their own achievements and own standing as well,” Robin says.

“It’s not so much that the older generation is saying no you’re not going to be entitled, it’s the young ones. It’s not a dictatorship from the top – the young ones are keen to spread their wings and improve their skills, and I think it’s working a lot better that way.”

Sarah Collingwood, co-director of Four Winds Vineyard, told SmartCompany she worked in events management after moving out of home.

“I hadn’t planned to come back to the family business, but changing circumstances prompted my husband John and I to come back and then we just didn’t end up leaving,” she says.

“It probably wasn’t by design but by the way circumstances panned out. We certainly haven’t had any regrets. John was a physiotherapist and was working at a hospital and he hung up his stethoscope for a pair of secretors.”

Collingwood says coming back to the family business after developing her own skills and life experiences isn’t uncommon. Rather, she sees it as “a bit of a generational thing”.

“With the opportunity to go to uni and develop different skills when you get out of school, there are just so many opportunities available and so many different career paths you can go down,” she says.

Goldsworthy says if her children want to come into the family business then they will need to first develop their skills elsewhere.

“I’ve always said I don’t care what they do,” she says.

“But I do have one criteria and that’s whatever you do you’re good at it and you love it. If you’re a garbage collector, make sure you’re a good garbage collector. And if they ever want to come into the business they need some skills to bring back.”

With more to lose, succession planning is becoming critical

Goldsworthy says if her children do come into the business it will be harder in a way for them than it was for her and her husband because then there will be “something to lose”.

“If you hand over a business to a second generation – if they make an error or nothing goes right – they lose what they started with,” she says.

“And I’m sure that would be something that would play on the mind of somebody who is carrying on an existing business. That’s why we believe really strongly that you need some skills elsewhere because you need to be confident in your own decision-making.”

Robin says family businesses in Australia are becoming smarter when it comes to succession planning.

“There’s a lot on the line – in a family business everything is intertwined,” she says.

“And that’s one of the biggest challenges.”