The kind of capitalist you want to be 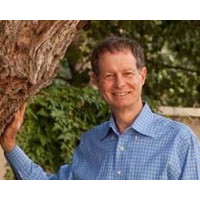 Some years ago I was on a panel with other former recipients of Ernst & Young’s Entrepreneur of the Year award. The conversation had moved into the territory of what it really takes to succeed as a business builder. I expressed my deep conviction that business leadership could not be only about maximising profits for shareholders; it had to deliberately pursue the many other positive impacts good businesses have on their stakeholders. It didn’t take long for the guy next to me to react. “What John just told you,” he announced to the room, “is a load of crap. Business has always been about money, and it always will be. ”

I could have just dismissed my co-panelist as a dinosaur – someone stuck in the tar sands of an old paradigm. But that didn’t seem like it would accomplish anything, and besides, he’s a man I respect in many ways. So I tried to learn how to articulate my beliefs better.

At some point, as I talked with kindred spirits in the business world, we started using the term “conscious capitalism.” For us, it captured the reality that all businesses operate in a broader system thick with interdependencies. Being a conscious capitalist means that you don’t ignore those interdependencies by taking a narrow view of the impact you make. You remain aware of the whole system.

We became pretty enthusiastic about this line of thinking and started talking to more people, including leaders such as Doug Rauch, of Trader Joe’s, and Kip Tindell, of the Container Store. We’ve since built a large network of leaders with the help of Raj Sisodia, of Bentley University (whose research in “Firms of Endearment” shows how conscious businesses outperform the market over time).

I know we’re communicating the message more effectively now, because so many people who hear it respond with honest excitement. For example, Conscious Capitalism recently hosted a conference in Austin, Texas. Talking with some of the 150 CEOs there, I kept hearing that this was a business group they finally fit into. They had found their tribe.

It’s evident to me now that I was never as much of an outlier as I felt on that panel of entrepreneurs. Many, many executives have ideas like ours, but the ones who act on them don’t always find their environment is sympathetic to them. It’s a big thing to discover other people who feel the way you do – and to see them succeeding by working in the way you want to work.

Suppose you, too, joined us and helped us turn this into a genuine movement. What would you be signing on for? Mainly you’d be resolving to create more value for the suppliers you buy from, the workers you hire, the customers you trade with and the world in which you operate. You’d take a stand against the too-common perception of business as exploitative and of businesspeople as selfish. You would refuse to go into that ideological dead end where people assume that value is zero sum and that any gain for one stakeholder involves trade-offs for others. You’d help people see that building a business can be good – often heroic.

But here’s what you wouldn’t be signing on for: the overthrow of capitalism. You would honour the promise to those who see potential in your business that an investment will yield returns.

In the year ahead, with a book we’ve co-written coming out, Sisodia and I will find ourselves on stages with detractors from both sides. The capitalism haters will say we’re putting lipstick on a pig, and the capitalism stalwarts will see any call for evolution as heresy. But as the number of business leaders we speak for grows, so will the power of our message: capitalism is the greatest system of social co-operation and source of prosperity ever devised – and we can make it even better.

John Mackey co-founded Whole Foods Market in 1978 and continues to serve as a co-CEO. He is a co-author of ‘Conscious Capitalism’, with Bentley University professor Raj Sisodia, who contributed to the writing of this column.