The man behind the great turnaround of General Motors 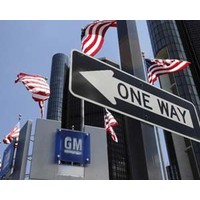 The theme of the recent 2012 Wharton Management Conference – “Changing the Game: Leadership in Crisis” – is an apt one for the auto industry. Daniel Ammann, CFO of General Motors, addressed these leadership issues at the conference and in a podcast with Wharton management professor John Paul MacDuffie, during which he discussed upcoming new product launches, the struggling auto industry in Europe, a strong partnership in China and how GM is getting rid of ‘bean counteritis’, among other topics.

An edited transcript of the conversation follows.

Dan Ammann: Great to be here.

MacDuffie: Dan, you only joined General Motors in the last couple of years. But with the benefit of hindsight, as you look at the leadership steps that [were] taken by the company executives and the board in the years right before the crisis, what’s your perspective on that?

Ammann: First of all, I would say we don’t spend a huge amount of time looking backward. We’re all about looking forward in the company right now and plotting out a successful future for GM, building on the base that we have today. Having said that, as we look at the time preceding the financial crisis … and into the restructuring period, a number of the challenges that GM faced [then] really go back further than just the few years prior to the restructuring. In many instances, they go back for decades.

I think it was a series of decisions over a very long period of time that got the company into the position it was in as we [entered] the late part of the last decade. Obviously our goal now is to take the successfully restructured company and really move it forward to the next level, so it becomes the winning car company in the world.

MacDuffie: You are now the head of the finance group at GM, which has quite a reputation … built largely around two images. One, that it was pretty predictably a path to the top of GM. Seven out of nine CEOs from the 1950s on came out of the finance function. And two, perhaps more infamously, that it was the bastion of the bean counters – you know, the clichéd clueless finance function that was remote from the real feel of the business of making and selling cars.

So we’ll set aside the first one about the path to CEO. We will have to watch your career at GM. But to talk about bean counters for a moment: Bob Lutz, who was a legendary automotive industry executive and car guy, is a fan of yours. I found a quote where he said recently: “Dan is the real deal. He’s already done a lot to strip stupid thinking and analysis out of the finance group. But ‘bean counter-itis’ is ever present at many levels and in all functions.” So talk to us about bean counter-itis. What is it, and how can you get rid of it in GM’s finance group?