The many contrasts of Africa’s billionaires 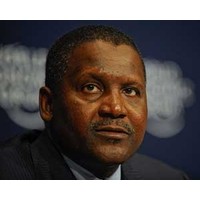 Gina Rinehart didn’t specifically mention Africa as she launched her new book Northern Australia and Then Some last week, but it’s a continent never far from her thoughts.

A key tenet of Rinehart’s push to make Northern Australia an “economic zone” with lower taxes and less regulation is to improve the Australia’s mining sector’s competitiveness with Africa.

In a now infamous speech to the Sydney Mining Club in early September, Rinehart made her position clear.

“Business as usual will not do, not when West African competitors can offer our biggest customers an average capital cost for a tonne of iron ore that’s $100 under the price offered by an emerging producer in the Pilbara,” she said.

“Furthermore, Africans want to work, and its workers are willing to work for less than $2 per day. Such statistics make me worry for this country’s future.”

Rinehart was roundly criticised for her comments on Africa, but she’s unlikely to have changed her thinking given the slew of mining projects that have been delayed in Australia due to rising costs and falling commodity prices.

But the release of a new African rich list gives us a chance to test in some small way Rinehart’s theory on the rise of Africa.

If African mining is surging as she suggests, then surely a miner should have a strong presence on the new Forbes list of Africa’s 40 richest people?

Well, not quite. There are just three mining entrepreneurs in the top 20 of the list, and one has just sold his family’s entire mining interests. Across the entire list, only four members draw their wealth from oil, despite the region’s obvious natural resources.

While the rise of Rinehart’s African mining billionaires might be some way off, the list still provides a fascinating picture of how money and where money is made in Africa.

It’s a list of contrasts, and not just because of the low number of mining entrepreneurs in a continent rich with natural resources.

While the poverty throughout Africa would suggest a raft of rags-to-riches stories, the top end of the list tells the story of a group of men – there are just two women in the list of 40 – who have been born into relative privilege.

It’s also worth noting that the level of wealth in Africa is far lower than in even in Australia. The total wealth on the list in Africa was $72.9 billion, well below the wealth of the richest 40 in Australia, which Forbes measured at $84.9 billion in February.

The minimum amount needed to get on the African list was $400 million; in Australia it was $645 million.