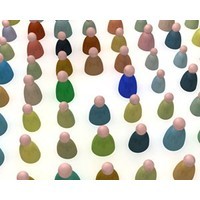 Leaders who want to grow their companies should not follow the example of mining tycoon, Gina Rinehart, at least as far as their executive and advisory structure goes.

Rinehart’s leadership team is missing critical elements, and lacking independence, in the view of experts in private company growth.

Already the chair of the privately-owned multibillion-dollar iron ore operation, Hancock Prospecting, Rinehart is now expanding her interests into media after recently accumulating 12.6% of Fairfax Media. Rinehart is now asking for a seat on the board of Fairfax. Meanwhile, Rinehart is locked in a legal battle with three of her four children to remove her as trustee of the family trust, which is inevitably consuming a lot of her attention.

Yet she has only the leanest of teams at Hancock to support and advise her: executive director, Tad Watroba; chief financial officer and company secretary, Jay Newby; general counsel, Terry Walsh; and managing director (coal) Paul Mulder. She also recently appointed a media adviser, Ian Smith, to help her manage the intense public scrutiny arising from a court battle.

None of Thompson’s comments in this story relate to Rinehart’s operation or decisions. However, the structure that he suggests family businesses adopt as they transition bears little in common with Rinehart’s.

The first step, says Thompson, is to move “upstream” to a bigger accounting firm, (preferably to one of the big four, in his view, of which PWC is the largest). A big accounting firm can perform a “diagnostic” to establish what the company needs to do to corporatise.

That’s easier said than done, says Nicholas Armstrong, the CEO of COZero, a carbon trading company that grew from start-up to $166 million turnover in five years. Armstrong is now in the middle of a corporatisation plan that will see the founders step aside from executive roles within a year or so.

Attracting the attention of a big accounting firm is not easy for a smaller company, Armstrong found. He struggled to get good service from his mid-sized accounting firm, swapped to another and struggled again. “About 18 months ago, we took on a chief financial officer, our first strategic hire, and he then worked closely with a big-four accounting firm,” Armstrong says. “It was having someone in there to manage those external relationships that was the crucial factor.”

This is not a problem for Rinehart. As Australia’s richest person, with a fortune of an estimated $10.3 billion according to BRW magazine, she has the attention of the entire nation, including the big accounting firms.

In Rinehart’s team, general counsel Terry Walsh has the skills to provide the corporate governance function. However, under the corporate governance guidelines of the Australian Securities Exchange, Walsh’s close relationship with the company would exclude him as independent. In the ASX’s guidance, “Relationships affecting independent status”, a director who “is employed, or has previously been employed in an executive capacity by the company or another group member …” needs three years away from the company to be considered independent.

COZero has struggled to find NEDs who it can afford, Armstrong says. “For professional directors, the starting price is $30,000 to $40,000, and it is hard for a fast-growing company to spend that kind of money other than on the management team.” Armstrong’s board, typical of mid-tier companies, comprises the executive directors. The company briefly appointed a chairman last year, in preparation for an initial public offering, but then decided not to list. The chairman stepped down.

For Armstrong, the next appointment is a chief executive officer for COZero, who would replace him at some stage over the next 12 months, and then a NED, possibly in the chair.

Thompson says appointing the CEO is another critical stage of transition for the family or founder. There is a plentiful supply of executives from large public-listed companies willing to take a role in a mid-tier company, but, finding one able to sensitively handle the transition from the family or founder is harder. “A lot of executives come out of big firms and they want the chance to shape a company and take them on the journey,” Thompson says. “But it is different to the corporate world, and you need someone able to respect the family values, and to work quietly and cautiously.”

For the family or founder, letting go of the company’s reins is often a painful and emotional process. Armstrong says: “It is a bit scary. It is our fifth birthday tomorrow and we expect to reach $200 million this financial year. We have our CFO and the head of corporate development [for corporate governance], but I do have to hand over to a CEO at some point to complete the ‘holy trinity’.”

In this respect, Rinehart’s strategy is far from the ideal. Although she has appointed executives, none is in the CEO role. Rinehart, fronting the media as spokesperson for Hancock, portrays herself as its master, whether or not that is actually the case.

But does this kind of structural transition really matter? Thompson says it is critical. Families and founders must not only appoint executives; they must cede control to them. “If you put executives into the operation, they cost a lot of money,” he says. “It is costing more than it used to, and if you don’t allow them to manage you will be wasting money. Eventually, they will leave.”

Rinehart, of course, has no need to worry about money.

However, even wealthy families need to shepherd their expenses. Without commenting on Rinehart, Thompson says family companies that are not careful with expenses become inefficient and start squandering the family fortunes, which can lead to painful family conflict.

Armstrong wants to appoint a management team because his company’s growth is slowing after five years of double-digit growth, and the company needs to focus on repeat business. “The mistakes you make when you are in the rapid growth phase, you cannot afford to make when you are trying to go into more stable earnings.”

With a CEO in place, an independent chair and with other independent non-executive directors, Rinehart would be in a stronger position to take the Fairfax board role, and might even have avoided the bitter legal battle with her own children currently before the courts.

Says Thompson: “Families can get emotional about their businesses and fight the wrong fight. An experienced CEO can make a better business call.”