Most powerful person in Australian boardrooms: #7 Bob Every 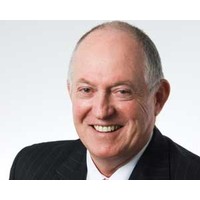 Bob Every is responsible for a lot of jobs as chairman of retail giant Wesfarmers and building products manufacturer Boral. But the corporate veteran who helps steer the country’s biggest retailers?—?and dolls out big salaries to its bosses?—?would rather talk about his charity work.

Every week, 215,000 Australians lurch awake to a buzzing alarm, put some pants on and head off to work at one of Bob Every’s companies.

The vast majority of the waged army toils inside the former Coles empire?—?Coles supermarkets, Kmart, Target and Officeworks?—?that for the past five years has been owned by the ASX giant Wesfarmers, which Every chairs.

The Perth-based behemoth is now Australia’s largest private sector employer?—?a retail empire spanning every state and territory. The $20 billion Coles deal went down just after Every, a trained metallurgist, joined the board as a director in 2006 following a long corporate career ending at BHP and its spun-off steel arm OneSteel.

Criticised by shareholders at the time, the tie-up is now beginning to bear fruit; a stroke of Every’s pen can mean big ructions down the line as his coterie of millionaire CEOs?—?big names such as Coles CEO Ian “the Scotsman” McLeod and Kmart’s Guy Russo?—?decide who to hire and fire to fit with the strategic plan.

With so many careers at stake, it’s that raw human resources power that puts the even-tempered Every inside The Power Index’s top 10. He also oversees struggling building products giant Boral, placing him among a rare club of ASX directors who chair two or more listed firms.

The transition from the corner office to boardroom has been a smooth one for the practical 67-year-old, who was made an officer of the Order of Australia earlier this year for his work chairing and raising thousands of dollars for child cancer charity Redkite.

“Power is a strange word, I’m more motivated by respect,” Every told The Power Index, echoing most of the other directors we’ve spoken to who are reluctant to spruik their own influence.

He says that while the coalface decisions inside Wesfarmers are made by his long-serving MD Richard Goyder in line with classic management theory (“you’re no longer the doer you’re more the listener, the coach and the mentor”) the implications of the 2010 Centro ruling?—?which infers directors, especially chairs, need to be more hands on if they’re to avoid penalties from corporate regulators in the event of a collapse?—?means he now has to delve a bit deeper.

“Your relationship with the CEO is important to the efficient functioning of the organisation … that link is the link between the board and management,” he said. “You have to peel enough of the onion … so you can’t take your hands totally off the wheel … the board’s role is still to review and monitor but being a monitor these days means drilling quite deep.” It’s an appropriate mixed metaphor given Every’s lifelong obsession with iron ore.