The most powerful person in Australian boardrooms: #8 Kevin McCann 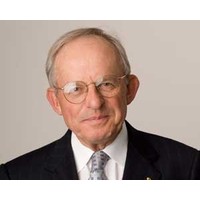 A failed political tilt turned into a glittering corporate career for Kevin McCann, who steers the boards of millionaire factory Macquarie and Origin Energy, among other high-profile business gigs. Name nearly any sector of the Australian economy and he’s touched it.

For someone who was once just 10 votes shy of denying Tony Abbott a seat in federal parliament, Kevin “Harry” McCann is a difficult man to pin down.

In the corporate world he’s been omnipotent for decades?—?lately as chair of Macquarie Bank and Origin Energy, as a director at BlueScope and a fierce advocate for the rights of women and the smashing of the directors’ club. But despite numerous calls and emails, The Power Index couldn’t raise the lawyerly phenom (who, to be fair, has been off sick), even for a quick chat.

McCann was certainly no hermit during the 1994 preselection battle for the safe Liberal seat of Warringah where, as former state party president, he was odds-on favourite to walk away with the glittering prize of a spot on the green leather.

His main competition wasn’t even Abbott?—?who copped a cruel but accurate write-off of “monarchist” on the candidates list?—?but Malcolm Turnbull’s Wentworth predecessor Peter King. History records that Abbott, after an impressive address to the party faithful, walked away with a tight 65-55 victory against McCann in the run-off. Abbott joined John Hewson on the opposition benches while his sparring partner copped it sweet and returned to the corner office.

For 34 years, McCann was a driving force in mergers and acquisitions at Allens Arthur Robinson (and its predecessor Allen Allen & Hemsley), making partner at age 29 and becoming chairman the year after his failed Tory tilt in 1995.

Name nearly any sector of the Australian economy and governance and he’s touched it?—?whether as a Fellow of Senate of the University of Sydney, on the Takeovers Panel, at ING, at Healthcope, at Ampol, or on peak bodies like the European Australian Business Council.

Numerous associates contacted by The Power Index all said the same thing: McCann’s subtle power is drawn from a focused but inclusive approach?—?an uncanny ability to prosecute tasks while keeping fellow directors onside. The fact boards had first seen him in action executing their deals as a lawyer probably served as a sweet introduction.

The Australian Shareholders’ Association continues to rate the 71-year-old highly, citing his billion-dollar profit years at millionaire’s factory Macquarie Bank when he acted as the late David Clarke’s deputy chair and chief enforcer.

Leading ASX director and friend Kathleen Conlon collaborated closely with McCann during his stint on the Australian Institute of Company Directors board where he was, until this month, chair of the corporate governance committee. ”He’s very effective at driving performance and making sure everyone has the space to contribute … but also keeps focused on the issues,” Conlon told The Power Index.