The most powerful person in Australian boardrooms: #9 Roger Corbett 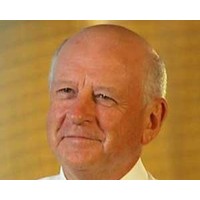 From former Woolworths boss to chairman of a failing media brand, Roger Corbett’s stocks have fallen dramatically in recent years. But he remains among the most powerful business directors in the country through a wide-ranging collection of ASX gigs.

With two of the three ASX firms he chairs arguably about to be gobbled up, retired retail king Roger Corbett by rights shouldn’t be anywhere near The Power Index’s top 10 directors’ list.

Indeed, for a proud operator whose product nous built Woolworths into the undisputed supermarket goliath before transporting his skills into the boardroom, the shame of being stuck with two sharemarket turkeys?—?Fairfax Media and ailing agribusiness PrimeAg?—?must be galling.

“Prime Ag is gone and Fairfax are in the shit, so Roger has lost quite a deal of power,” one leading proxy adviser explained bluntly.

But the mild-mannered Corbett, oft-derided as a “grocer in charge of a media company”, makes it in?—?not necessarily by virtue of his local directorships, but because of his wide-ranging non-ASX gigs touch nearly every aspect of modern life.

Crucially, he’s a director of the world’s third-largest company in Walmart, of the independent panel that sets the Australia’s interest rates at the Reserve Bank and, despite the turmoil wrought by the transition to digital, the company that continues for better or worse to publish Australia’s newspapers of record.

The straight-talking 70-year-old could conceivably cut interest rates (RBA) to stimulate retail demand (he remains an adviser to Woolworths) to in turn increase demand for raw commodities (PrimeAg), and then shape the reporting of the boom on Fairfax’s websites (charter of editorial independence notwithstanding).

Corbett ranks well down leading ASX number crunchers Optimice’s Market Capitalisation Influence Index at 1145th and is a lowly 514th on the MCII connectedness index (see a graphical representation below). But factor in Walmart’s market cap of $US235 billion and he’d be number one by a mile on both.

“I’d like to be towards the bottom of the list if you don’t mind,” the straight talking veteran tells The Power Index. “Let me tell you Andrew, I don’t consider myself a powerful person and I definitely don’t go around thinking that I can influence people. All I am just trying to do is do the best I possibly can.”

But raw numbers speak louder than words. At Walmart he’s a strategic finance and planning committee member and the only overseas appointment on the union-averse big box conglomerate?—?the world’s third largest employer with 2.2 million staff (only the Chinese People’s Liberation Army and the US Department of Defence employ more).

Corbett joined Walmart in a surprise announcement just weeks after clearing out his Woolies desk in 2006. At the time, the move sparked fears that Sam Walton’s Frankenshop might be about to crop up in Australia, especially given that important parts of Woolies’ strategy was gleaned from Corbett’s annual meetings with then-Walmart director Jack Shewmaker.