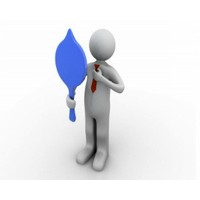 What a difference a pronoun makes.

For the past 36 months, researchers at Sydney’s Macquarie Graduate School of Management have been listening in on the candid speeches of a hundred of Australia’s leading CEOs.

They’ve been listening in on uses of the words ‘I’ and ‘me’ over ‘we’ and ‘us’, which is the way psychologists typically measure narcissism.

Their goal has been to determine how narcissistic the CEOs are, and then cross-reference that with their company’s performance over the period. By so doing, they hope to answer the question of whether or not narcissists are good for company performance.

“Narcissists thrive in chaotic or uncertain scenarios,” he told SmartCompany. “They can be inspirational leaders, and really take people to a new level under certain conditions.

“But in more moderate scenarios, narcissists probably don’t run great companies. You need someone who’s careful, who doesn’t take great risks, and who can control costs.

“The past few years have seen tough but more-or-less stable trading conditions. So we expect companies run by narcissists to not be thriving as much under these circumstances. That’s what previous research has concluded, and what ours suggests as well.”

Frino and his team have released a list of the 10 least narcissistic CEOs on the ASX100.

Naturally, the list everyone wants to know is the most narcissistic. SmartCompany asked, but Frino said the university had no intention of making the results public. Ever. Which is a damn shame.

But Frino was happy to talk in broad strokes.

“The most narcissistic CEOs tend to work in finance,” he says. “I think it tends to attract narcissists, perhaps because of the dynamic nature of the sector.”

Materials companies also had a higher-than-average share of narcissists.

Four companies led by women were in the sample group, and the women leading them had below-average narcissism for the high-powered group. Their rankings ranged from being the 59th most narcissistic to the 85th.

Narcissism as a personality trait has been receiving the attention of business schools of late. The University of California in Los Angeles, in particular, has recently completed two studies on narcissism in corporate settings.

The narcissism study is the first in a broad research project being conducted by Macquarie, which is looking at the personality traits of high-performing CEOs. Other areas the university is looking into include the corporate success of obsessive chiefs, and those who show high levels of care for others.