The nine most surprising leadership comebacks 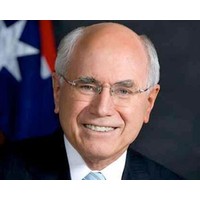 After being head-hunted to run global search giant Yahoo, he resigned in scandal when it emerged that he had lied about his qualifications.

But things may be looking up for the co-founder of Pay Pal. Yesterday, he was appointed CEO of ShopRunner, a membership-based two-day shipping provider.

How can you plan your own corporate comeback if, heaven forbid, you left your last job in less than ideal circumstances?

We’ve spoken to the experts about how to pave the path to your return. And we’ve also turned to history, to show that there are plenty of second acts in corporate life.

Mark McInnes’ celebrated career at David Jones was cut short in June 2010. He resigned in disgrace after a 25-year-old female staffer lodged a sexual harassment complaint against the chief executive. The case was settled, with McInnes saying at the time he behaved in a manner “unbecoming of the high standard expected of a chief executive offer”.

However, McInnes wasn’t on the sidelines for long. In March 2011 he was hired to run the retail empire of billionaire Solomon Lew. Premier Retail Group owns brands such as Just Jeans, Dotti, Jay Jays and Smiggle.

Lew himself is no stranger to the bad turn. In 2002, he was voted off the board of Coles, a company he had a long history with, after a humiliating proxy battle. It centred on what became known as the Yannon affair, which began in 1995 with allegations Coles had lost $18 million through underwriting a share transaction with Lew’s Premier Investment. A settlement was reached with Coles to ensure the matter did not proceed through the courts. An internal Coles investigation endorsed Lew’s claim that he was unaware of the deal. It was followed by a four-year investigation by ASIC that resulted in no charges being pressed.

In 2008, Lew returned to the chairmanship of Premier Investments, in a highly successful period for one of Australia’s richest men.

Today Forrest is one of Australia’s most celebrated entrepreneurs, but in 2001 he was booted from Anaconda Nickel, a company he had founded.

Luckily for Forrest, his stake in Fortescue Metals Group paid off. Fortescue topped the BRW Rich List in 2008. Even Anaconda ended up being a star. One of the top nickel miners in the world, it was bought out by Glencore International for $1.02 billion in August 2011.

Even Australia’s most influential billionaire has had his share of failure. In the 1980s, Murdoch’s empire was close to bankruptcy. He bought the nation’s then-largest media company, The Herald and Weekly Times, and in 1989 he was still expanding and buying businesses as the national economy slowed to a halt. By 1990, the risk of his bankruptcy had passed. His rise since then is history. Whether he’ll climb out from the mess the UK phone-hacking has landed him in, and engineer a third resurgence, remains to be seen.

Steve Jobs was turfed out of the very company he founded. He had built Apple from a start-up in 1976 to a $2 billion company, all before he turned 30. But in May 1985, he was fired by the company’s CEO, a man Jobs himself had lured from PepsiCo two years earlier.

Jobs used his time away from Apple productively. He founded NeXT Computer, and bought the company he would rename Pixar. In 1996, Apple bought NeXT, and by September 1997 he was the company’s interim chief executive. The next few years would be Apple’s most successful. Jobs returned the company to profitability, and released many of the gadgets that have upheaved their fields, such as the iPod music player, the iPad, and the iPhone.

From 1989 to 2002, David Leckie worked his way up the Nine network. He became CEO in 1994, and led Nine through nearly a decade of undisputed dominance at the top of the TV ratings.

But Leckie wasn’t washed up. He went to rival Seven in 2003, and did it all again. When he stepped down from the network earlier this year, analysts were singing his praises for having led Seven to the same dizzying heights he had taken Nine.

When John Howard was first shuffled off from the leadership of the Liberal Party, few imagined he would come back. He had made powerful enemies within the party. He had presided over one of Australia’s most difficult economic periods when he was treasurer, and as opposition leader, his approval ratings tanked. He was ousted in a surprise coup by Andrew Peacock in 1989

Asked if he could ever return to the leadership, Howard likened his chances to those of “Lazarus with a triple bypass”. The loss of the leadership affected him deeply – in 2007, he admitted to drinking too much following his defeat.

Howard came back. From 1996 to 2007, Howard ruled Australia. He was our second longest-serving prime minister. Few can claim more spectacular comebacks.

Ford revolutionised not just the car industry, but manufacturing itself. However, it took two failed companies, and a bankruptcy, before he hit the winning formula. He’s not the only American business icon to hit the dirt before rising again. Walt Disney went bankrupt. So did Abraham Lincoln.

It’s easy to laugh at the reality-TV billionaire with the bad combover who would be US president. But one thing you can’t fault Trump for: he knows what it’s like to fail and come back again.

In 1990, Trump was buried in debt. In the boom years of the 1980s, he’d been living the high life, founding dozens of luxury businesses. When the recession of the early 1990s came, he and his empire were hit hard. He had to place his casinos into bankruptcy. His real estate holdings weren’t making money. And because he had personally guaranteed $1.3 billion of company debt, he came very close to personal bankruptcy.

But Trump hung in there. He renegotiated his loans, he rebuilt, and today, his fortune is larger than it ever was.