The one thing you can do to become a more trusted business leader: Swinburne University research 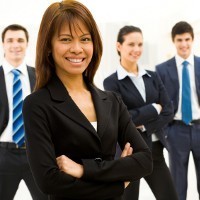 Business leaders should adopt a long-term perspective to engender trust and confidence, according to research by Swinburne University published yesterday.

The inaugural Swinburne Leadership Study surveyed 800 Australians on their views on leadership and found Australian leaders were thought to care more for their self-interest and those of their close supporters than the wider public interest.

Read more: Trust-building tips for leaders – 10 ways to create trust in your leadership

“Business leaders, like most other leaders, are regarded as being more concerned with people that are alive and here and now,” he says.

“But in terms of policy and shaping Australia’s direction we need more of a focus on the future.”

Fien says business leaders need to look beyond their own businesses.

“For small business leaders, being seen to be acting for the long term rather than just short-term opportunistic gain is good business,” he says.

“The challenge for small and medium businesses is to be able to find ways through which their CSR can be integrated through operations at a strategic level and through branding,” he says.

“Authenticity is important here. It’s a challenge for SMEs to have strong and active CSR programs because initially they are a cost.”

Fien says SME leaders can engage in corporate social responsibility through their local communities where CSR may not be a major expense as it might be for large companies.

Right across the board the survey found community leaders were perceived as the best leaders.

“Very often SME owners and managers are already engaged in local chambers of commerce, local service clubs like Lions and Rotary, so I would say that increased local involvement, particularly in activities that have a future orientation and appear to be looking after people who are less well-off in society, would help SME owners and managers be seen as similar to community leaders.”