The rise of the compassionate leader 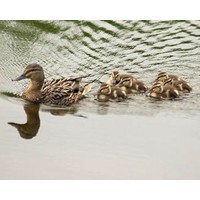 There’s a powerful link between productivity and what has been identified as “compassionate leadership” in organisations, observes Christina Boedker, a lecturer in accounting at the Australian School of Business and leader of a major business research study that looks at the links between leadership and organisational performance.

The single greatest influence on profitability and productivity within an organisation, according to the research project – which to date has taken in data from more than 5600 people in 77 organisations – is the ability of leaders to spend more time and effort developing and recognising their people, welcoming feedback, including criticism, and fostering co-operation among staff.

Out of all of the various elements in a business, the ability of a leader to be compassionate – that is, “to understand people’s motivators, hopes and difficulties and to create the right support mechanism to allow people to be as good as they can be” – has the greatest correlation with profitability and productivity, Boedker observes. “It’s about valuing people and being receptive and responsive to criticism.”

The findings correlate with the theory recently advanced by Geoff Aigner, director of Social Leadership Australia and adjunct faculty member in AGSM Executive Programs at the Australian School of Business. Aigner’s thought-provoking book, Leadership Beyond Good Intentions: What It Takes To Really Make A Difference asserts that good management is ultimately an act of “compassion”. While not a word typically associated with organisational leadership, Aigner suggests, compassion in this context means taking responsibility for the growth and development of others, “something that should be every leader’s goal”.

“There is a point that all managers face, wanting to be nice to people, but also having an organisational purpose,” Aigner says. “I have often seen leaders getting stuck trying to balance the two, either being too hard or too soft in their approaches.” He acknowledges that “taking responsibility for organisational systems and the people in them can be overwhelming, tiring or frightening” for managers.

One example is the common dilemma when a manager is reluctant to tell a subordinate that they are not performing because that person is perceived to be fragile – “they may come from a minority group or be difficult to deal with”, suggests Aigner. But for a manager faced with this situation, to stick his or her head in the sand is counter-productive, he says. “Whether the reluctance to address the performance issue is due to kindness (or fear), failure to address the real issue actually blocks the under-performing person’s growth and the system is damaged.”

Boedker agrees. “Sometimes you have to be cruel to be kind,” she says. “Getting people where they want to go will sometimes involve hard conversations. Many managers don’t like having these conversations but to be compassionate – effective as a manager and leader – they must have them.”

A surprising outcome of Boedker’s research is the finding that, out of four levels of leadership from the executive level through middle management to frontline managers, it’s the lowest level of leaders that drives a company’s profitability. Perhaps, Boedker surmises, this is because frontline managers are more customer-facing than others and therefore have a lot more impact.

“Sometimes the assumption is that leadership is only at the elite level and that leadership development should concentrate on the executive team,” Boedker says. “But leadership exists at all levels and in reality frontline managers tend to supervise more people and therefore can have a far greater impact. And compassion is a two-way thing. It flows from the top down but also, importantly, from the bottom up. In other words, hard conversations must be initiated by all staff, including subordinates who can give their bosses valuable feedback because all leaders need compassion to achieve personal growth and be the best they can be.”

The research results produced by Boedker and her team make clear the value of managers who show compassion. In high-performing workplaces, as opposed to the organisations in which productivity and profitability are below average, the following statistics were revealed:

For an organisation to perform well, all managers or leaders must show great compassion. But how do they activate compassion, asks Aigner, when many management issues stem from the underuse – or misuse – of the power that the position offers them?

Rather than focusing on a certain style of leadership, Aigner believes the real issue for managers is in how they use their power and how power manifests; both are useful to think about in terms of becoming a compassionate leader. “Maybe we need to reclaim the word ‘leadership’, which is unashamedly about making progress for the systems we are operating. We need to ask how to use our power as individuals responsibly. Using power responsibly makes us compassionate,” he says.

“In organisations where leaders do not own their power, there is little compassion. Paradoxically, managers who are bullying and heavy-handed tend to think they don’t have any power or rank. Early in my career as a younger manager, I think I was pretty heavy-handed. I was not the subordinate anymore and I needed to take responsibility for that,” recalls Aigner, who began his career in the transport industry before undertaking an MBA and becoming a consultant. “The successful CEOs I meet understand the power they have. They’re not shirking it. They understand power is a tool that can be useful for other people and for organisational development.”

Aigner also identifies a problem that seems endemic to the local culture. Australia generally has an adolescent relationship to power – “we are either attacking it or seducing it” – and this presents challenges for leaders, he observes.

Aigner believes greater leadership development is required at all levels of organisations. To bring on compassionate leadership, managers need to take the first often awkward step of understanding themselves and the power they exercise. Only then can change occur, because compassionate leaders invariably are aware of their own human failings, he says.

Beyond the hierarchical power that’s handed to managers through the organisational structure, Aigner suggests that power manifests in the workplace in a multitude of ways. “There’s informal power via reputation, connections and unearned rank that may be attributed to gender, race, education, class, culture, birthplace, sexuality … There’s also psychological rank from life experiences, confidence, overcoming hardships and experience of loving environments,” he notes.

In recent years, working across all sectors, Aigner insists he’s noticed that Australian managers and executives often are scared of engaging in a deeper conversation about how they exercise power and their own capacity for leadership. “But you only have to scratch the surface to see a real desire to do the job well and make organisations more responsible, more useful and more effective, and for people to reach their full potential,” he says. “I have seen a real desire to leave a legacy of more than just this year’s financial statement. And this is a great and admirable dream.”