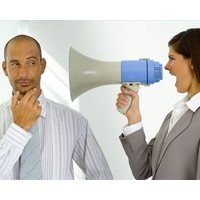 A year ago I was contacted by psychologist Clare Mann to be interviewed for a book she was writing about the art of communicating, from the boardroom to the bedroom. Clare had contacted 25 business leaders from different industries to provide context for her research and I was honoured to be part of this group.

Her theory is that the best communicators get the message across clearly and calmly. It’s how I have tried to shape my own style as a manager and leader.

Communication of messages in any organisation can be complicated by dysfunctional structures, ego and even gender differences, and Clare’s book, Communicate, discusses those issues in detail with useful comments from various CEOs and executives, including those below. I have attempted to align my experiences with some of the ideas that I discovered in Clare’s book.

“There are definitely gender differences in communication. Men seem to get to the point a lot faster than women and women are more nurturing in their communication,” says Yolanda Vega, CEO at the Australian Women Chamber of Commerce & Industry (AWCCI).

Since taking the plunge into Agenda TV we have discovered that men and women respond to answers differently. Women’s Agenda editor Angela Priestley has interviewed a number of female leaders and one male CEO to date. As we edited the videos we confirmed what we had always believed: that women rarely provide just a black-and-white, short, sharp answer to a question, as the male CEO did. Women provide the context to the answer as well. It’s why American talk shows such as Oprah and The View have been so successful over the years. And why Facebook achieved its fastest growth last year in the women 40+ sector. Women love to share, and female leaders are no different to the rest of their gender.

Women show empathy when they communicate.

“The willingness to empathise seems to be the quality that women tend to have more of,” said Eva Caprille, commercial manager at Nespresso Australia.

Women may be high on EQ but that doesn’t make them pushovers or “soft”. Early on in my career I benefitted from observing two female leaders in my organisation who had similar challenges but very different communication styles. One was extremely ego-oriented and it was all about pushing out her message. She would stand up and tell people what she wanted without any consideration for the needs of her audience. The other had a far more collaborative approach and used the word ‘we’ and ‘together’ a lot. Her message also derived from listening to key audience members one-on-one so that for them there were no surprises. Guess which woman had the most loyal team, best culture, and consistently the best business results?

“It is important to consider the audience and deliver the message in such a way that everyone benefits,” said Larke Reimer, director of women’s markets at Westpac.

In other words the best communicators consider who it is they are speaking to and tailor the message accordingly. We do this with our sons. One responds best to strict direction and rules. Unless he knows the parameters he is unsure where to begin. Discussion, debate and thought-seeding is best with the other son. We are able to get him to do what we want by allowing him to believe it was his idea – yes, I have a psychology minor.

It’s important to note that neither have ever responded to screaming or hysteria.

A clearly communicated strategy will have better results in the long run.

“People receive information more favourably if they know what the agenda is rather than saying ‘just do well’,” was one of my contributing quotes in Clare’s book.

That’s really about having a message, ensuring your team knows what it is, and sticking with it, preferably in a calm fashion. I know what chaos in the workplace can look like. One of the executives in a business I was working for a decade ago had an idea for a new publication. Instead of briefing all of his managers with the same information so that we could in turn communicate it to our teams, he had a casual chat about the bigger picture with each manager individually and then told us to make it happen. The project was a mess because everyone interpreted the product slightly differently and no one owned it.

To get the best out of your teams you need to be an effective communicator.