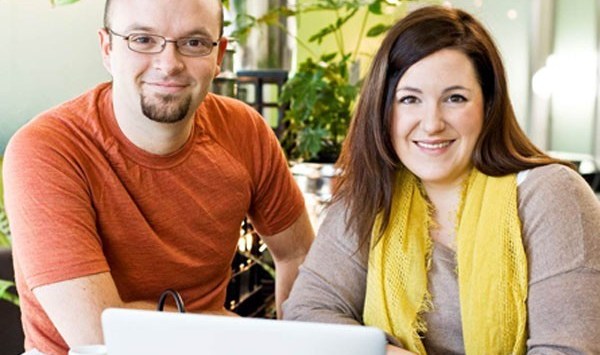 The secret to Envato’s success lies in the tactics it used to attract its first 100 users, co-founders Cyan and Collis Ta’eed say.

In an AMA hosted by Blackbird Ventures, the Melbourne-based entrepreneurs described how they grew both sides of their two-sided digital marketplaces, as well as what they’d do differently if they had their time over again.

To make sure the supply met the demand in the early stages, Envato paid designers to put their work on the platform.

“The first bits of content available were commissioned work, including lots we made ourselves,” Collis says.

“We then focused on finding people to buy that work and made sure to show sales counts and popular lists. This helped provide the proof that it was worth investing time into creation.”

Startups in this space should only look to expanding their customer bases when they know they have enough content, he says.

“For a marketplace for digital content I think it’s a good idea to put the money into getting some content in,” he says.

After that it’s all about finding the right audience for this content.

“I’d just constantly look to see how I could refine the kind of content and material to be more attuned to what people want to buy, and then returning to invest more in content that I think will sell,” Collis says.

“There’s no single action that goes from nought to 100 users but I think a general pattern of trying to narrow down systematically what’s the right kind of content to sell and who the right kind of people are to buy, plus finding cheap and simple ways to get in front of the buyers.”

For Cyan Ta’eed, offering incentives from the get-go played a big part in getting Envato off the ground.

“One of the pivotal decisions was to give away $10,000 worth of credit in $10 batches to anyone who signed up,” she says.

“It was really straightforward but it got buyers putting money through our marketplaces which then got sellers excited because they were making sales. Some of those buyers never returned but some did and we managed to get them hooked on buying stock flash.

“It was really successful in bringing in new buyers and making sellers excited and motivated to make more items. I think that was the big tipping point in the early days that got our momentum going.”

What they would’ve done differently

Envato incorporates a range of different digital marketplaces based around themes, graphics, video and audio, and if Cyan and Collis had their time over they would have simplified this from the start.

“Still it’s a little confusing and we often talk about a big domain merge – of course, that inevitably leads to a mildly terrifying conversation about SEO penalties and the mostly black-box world of Google,” Collis says.

“If we started afresh I think there’s a good chance we’d have done it all on one domain.”

“I wouldn’t want us to build such a complicated system,” Cyan adds.

“Envato Market has a whole heap of systems for things like exclusivity, different payment rates, a built-from-scratch affiliate system, a multi-domain site structure – which are great for something our size but a waste of time for an early-stage startup.

“Starting afresh I think I’d just go super simple, because I don’t think some of these things matter so much in the broader scheme of things.

“It’s much better to concentrate on getting good content in and getting buyers looking at the content.”