The silent sex: Fact or fiction? 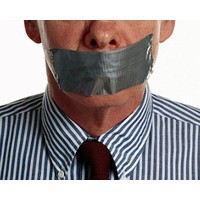 I recently heard a surprising story: a female CEO was briefed on a stellar candidate for a top job at her company. “Sounds ideal,” she said to the group in the room. “Male or female?” Male was the answer. “Damn,” was her audible response. The guy wasn’t even interviewed.

Anecdotes like this one lend credence to an argument that’s been gaining steam for more than a decade. It started with Susan Faludi’s 1999 book Stiffed and continued with dozens of similarly titled books, from Liza Mundy’s The Richer Sex and Hanna Rosin’s The End of Men, both released last year, to Helen Smith’s forthcoming Men on Strike.

The message is simple and provocative: the feminist movement has been so effective in advancing women over the past several decades that the ability of men to thrive – indeed, their fundamental role in society – is now in peril.

Strangely, however, most of the people who seem to be promoting, or even debating, the theory today are women. If men are indeed getting stiffed, becoming the poorer sex and facing their “end”, particularly in the world of work, why aren’t more of them talking about it, going on strike as Smith suggests, or strategising about how to recover the ground they’ve lost?

When I ask the men I know this question, I get one of three responses:

1. The “end of men” thesis is wrong. Men still have the power and won’t lose it anytime soon. Indeed, according to a recent McKinsey study, men hold nearly 85% of corporate board and executive committee seats in the US, and (setting a few Scandinavian countries aside) there is a similar imbalance around the world. Men account for more than 90% of the world’s billionaires, still control most of the world’s governments, and continue to outearn women with similar skills and education. Stephanie Coontz eloquently made this case in The New York Times last autumn. Could the newspaper have found a man to do the same? Perhaps. But as one male colleague patiently explained to me, there’s really no upside to highlighting the persistent dominance of your own gender. When you’re the stronger sex, you don’t need to brag about it.

2. The thesis is right, but only for blue-collar men – and they don’t have the wherewithal to respond. Rosin herself notes that the “new matriarchy” is most evident in the American middle class, as inflexible men (her adjective for them is “cardboard”) lose their factory jobs yet fail to retrain for new careers, while their adaptable (“plastic”) wives and girlfriends become breadwinning teachers or pharmacists and still manage the house and kids. This male demographic seems to be the one that Smith, a psychologist and libertarian blogger, wants to champion. But she’s a woman interviewing men about their troubles. Where are the male voices shouting up from the trenches about how far the scales have tipped toward women in certain demographics and calling for, if not a return to patriarchy, at least a better balance? Maybe the explanation is a macho reluctance to acknowledge defeat, just as, according to Rosin, men have refused to adapt to new economic circumstances. When you’re becoming the weaker sex, you don’t want to admit it.

3. The thesis is right, and even white-collar executives are affected, particularly in sectors like marketing or media, where more women have reached the top. But none of those men will speak up, because they recognise the historically strong position of men in the corporate world and, again, don’t want to admit their own weakened position. No man wants to be branded a whiny anti-feminist by the growing sisterhood of leaders who are women. So, for example, when a female CEO openly discriminates against a male job candidate, no one says a word. Conferences and events geared toward helping women in business remain commonplace, even in industries where they’re reaching parity with men. Research centres focused on women win grants, but no one demands comparable funding for studies on men. And the National Organization for Men (NOM) in the US – yes, there is one – remains a group that many potential members might be embarrassed to join.

I think all three explanations for men’s silence on this issue are valid. Still, it’s frustrating to see men cede a discussion about changing gender dynamics – especially those that affect the workplace – almost entirely to women. Academics have weighed in, of course; the Australian sociologist RW Connell, author of Masculinities, was once a leading male voice – before he transitioned to being a woman, Raewyn Connell. Humourists are also getting at the issue – see Morgan Spurlock’s documentary Mansome and Joel Stein’s book Man Made. In his TED talk and subsequent book The Demise of Guys, the psychologist Philip Zimbardo opined about what’s wrong with the socialization of boys today, while NOM co-president Warren Farrell, who advocated for men in the 2000s with books like The Myth of Male Power, is set to tackle the same “boys’ crisis” in a forthcoming book. And there are also books like the second edition of Men Speak Out, containing essays from 40 men on topics ranging from pornography to fathers’ rights. But these are too feminist-tinged, too jokey, too narrowly focused or too fringe to truly convey what real adult men – fathers, husbands, sons, colleagues, bosses, subordinates – think about their evolving place in the world.

I had high hopes for The Athena Doctrine, a new book in which two male authors – management consultant John Gerzema and writer Michael D’Antonio – argue that “feminine” traits like connectedness, humility, candour, patience and empathy are the new keys to success. But the surveys and case studies are presented with such clinical detachment that any defence of enlightened, evolving men gets lost. What I’d really like to see – on the 50th anniversary of Betty Friedan’s The Feminine Mystique – is a similarly sweeping yet personal, rigorous yet mainstream, book (or film or blog series) that holistically evaluates manhood today, written by a man. According to Amazon, The Masculine Mystique, published in 1995, is now out of print, while its author, Andrew Kimbrell, currently writes and speaks on technology and food safety. I want an update.

In 2013, are some men – like Friedan’s 1950s housewives – dissatisfied with their lot? Justifiably upset with some of the changes feminism has wrought? Or are they happy to become more like women in order to succeed?

Such a thoughtful book by a man might not galvanise a movement. But it would enrich the conversation. And it just might persuade the men working for that discriminatory female CEO to finally tell her she’s taken her power too far.

Alison Beard is a senior editor at Harvard Business Review.