The taste of success: How Paul Raff took over a collapsed manufacturer and turned it into $20 million healthy spreads brand Mayver’s 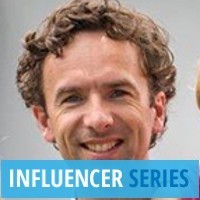 Paul Raff founded his family food production business, Healthfarm Fine Foods, 15 years ago. Coming from an agricultural background, the now 38-year-old Victorian was well-grounded in the science involved in growing crops. But it wasn’t until Raff and his family were presented with an opportunity to purchase the assets of one of its suppliers, a tahini producer that had been placed in receivership, that the current direction of the company was forged.

That business was Mayver’s—the brand of healthy spreads that is now the focus of Healthfarm Fine Foods’ operations. The family-owned company employs a staff of 30 and turned over $20 million in sales last year, predominantly from Mayver’s products which have recently been moved from the health food aisle of the major supermarkets to the more lucrative general spreads sections. Together with his father John and sister Kate, Raff owns 60% of the company.

I worked in the agricultural science area to start with. I worked with farmers that grew speciality seed crops, particularly sesame seeds. I also had experience on the canola side.

One of the processors we sold sesame crops to went into administration and with the help of some other investors, we bought the assets. I had worked in agriculture but I wanted to get further up the production chain.

The first few years were really challenging. The assets of the company were in distress and we had to work out what was wrong quickly. We set about getting the product mix right, deleting lines that were not making money and cutting costs.

We were two-and-a-half years in before we were cash flow positive.

The involvement of my family has been very important from a funding point of view. And my dad is still the chair of the company. He has been a great mentor to me. He was the previously the chief executive of a large biotech company [Starpharma] so he has that top level executive experience.

We have some private investors but the company is still predominantly family-owned.

When we took over the company it was essentially a manufacturer of food ingredients that were sold for industrial food applications in the food services market.

But the big turning point for us in terms of growth and where we are today was when we decided to change our strategy and develop a retail brand that we could market directly to retailers.

It was a game changer for us. We had to learn how to leverage all our know-how to get the full value of the brand.

We started selling products into retail stores five years ago. The main product to start with was a tahini spread. We were actually making the product for another company-owned brand that we bought five years ago.

We relaunched and refreshed it and now we have a whole range of around 20 products in the Mayver’s brand. The products are stocked by all the major retailers including Coles and Woolies and independents.

There is potential to develop other brands in the future but the focus at the moment is continuing to push and create awareness for the Mayver’s brand.

We want a jar of Mayver’s to be in every Australian pantry.

Australians are attached to other spreads but the whole idea behind us launching a healthy range came about because there is nothing in the spreads category that is particularly healthy. The yeast spreads are high in sodium, the jams are generally 50% sugar, chocolate spreads are high in fat and sugar and normal peanut butter usually has only a small amount of nuts.

We’ve stripped all the nasties out. And the statistics show people who trial our products really love and understand the brand and there is an opportunity to leverage that same philosophy.

Our spreads started out in health sections but one of the main things we’ve done is selected some of the products with mainstream taste appeal and launched them into the main spreads category.

There’s no reason why Mayver’s Peanut Butter and Super Spread shouldn’t be in the mainstream aisles. And there is more foot traffic in those areas.

We’ve also put health star ratings on our products under the government program to assist shoppers to quickly determine which products are healthier. It’s quite a powerful thing to have a quick snapshot of a health rating on our products.

But our products were healthy to start with so it was easy for us to roll out the rating system. It will be harder for those products that are not healthy.

We still have a long way to grow. From the way we’ve created and marketed the brand, we’ve got a lot of honest brand awareness and because it is a healthy food range, we get a lot of brand loyalty.

We are also starting to look at exports. The focus is the domestic market but we’re dipping our toes in the export waters.

It’s important to stay relevant by keeping an eye on overseas trends but making sure we have products that a relevant to the Australian market.

We don’t have any plans to sell. We’re pretty proud of what we’ve achieved.

Compared with our competitors we have a relatively small marketing budget but we put a fair proportion of our profits back into marketing.

Social media marketing is one element. We also do PR, print media and promotions, and we still rely on word-of-mouth. We actually have around 20,000 Instagram followers which is terrific as they are really passionate about the brand.

We are definitely flexible when it comes to a business plan. We don’t have a rigid plan that we stick to.

We can make decisions quickly and take opportunities when they come along.