The three mistakes leaders make when starting a new job 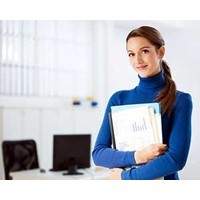 In January plenty of people start new roles. But if your job is to be the boss, you’re unlikely to get much of an easy transition. A bad impression at the start makes it hard to ever gain the respect of your team.

Political watchers often discuss the first 100 days of a presidency, and business consultants often do the same to the first three months of a CEO’s tenure.

Exactly what needs to be done in those first three months will depend on the situation of the company. A business requiring an immediate turnaround needs a different approach to one that’s performing at the top of its market.

Executive coach Des Doyle, a partner at the Institute of Executive Coaching and Leadership, says generally speaking, the first 60 days should be about forming a game plan, and the next 30 to 40 days should be spent beginning to implement it.

“After 60 or so days, you should be starting to get a pretty clear picture of the landscape,” he says. “Once that’s done, you can formulate a more detailed strategic and operational plan.”

Beyond that, here are the three mistakes you should avoid when settling into your new corner office.

Mistake #1: “Repointing” and other fads

Many CEOs want to be known for changing things, Doyle says. This can lead to a focus on a company’s systems, structures and processes, typically culminating in a new organisational chart very soon after they’re appointed.

He says he recently heard of a restructure being described as a “repointing”.

“My advice is there’s a great saying: ‘If you pick up one end of a stick, never forget you’re also picking up the other end’. Making structural changes impacts the whole system, from the culture and behaviours that exist, to the vision, values, mindsets and attitudes. You need to take a broad, whole-system view, and that can be hard to do quickly.”

“The mistake many people make is they come in and work as hard as they can,” he says. “That doesn’t give them anywhere to go but down.

“When you come in, work at 90% initially while you’re not sure where you’re going. Use your honeymoon period to gain your bearings. Don’t overcommit.”

The biggest mistake new leaders make is coming in with false preconceptions about a business.

This can sabotage everything from the strategy they plan to the people they convince.

“If you come in from outside the business, it can be hard to know who the right stakeholders are for any particular thing,” says Gardner.

Doyle says newly-appointed executives can’t help but filter everything through their preconceptions for a while. The danger lies in making big decisions before making sure such assumptions are correct.

“That’s why it’s a big mistake to go in having already formulated a strategic and operational plan,” he says.

“You really need to be sure you’ve made the right diagnosis. But not just that – you also need to have identified the key people in the organisation, and established a relationship of trust with them that enables candour. Once you have trust and candour, then you can start to align everyone to your plan.

“I think the key thing is while you’re in that listening and learning phase, you should also see it as the ‘building relationships’ phase.” This will make any dynamic changes easier to achieve in the long run.