The UK CEO with nine kids who wants boardroom equality 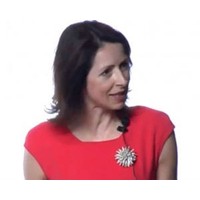 Watching a recent debate about women on the boards of FTSE 100 companies in the UK, we were alerted to a brilliant story about combining motherhood and career success.

Helena Morrissey is the CEO of Newton Investment Management, a London-based bank subsidiary with assets worth almost 50 billion pounds.

The 46-year-old is also founder of the Thirty Per Cent Club, which aims to have 30% of company board positions in the UK held by women by 2015, and is now backed by some of the UK’s most powerful chairmen and CEOs.

“Six or eight years ago I was wary of being closely associated with the women’s cause,” she told The Telegraph last year. “Then I realised that I had a responsibility to help other women because the FTSE 100 companies seem stuck at 10-15 per cent of women at the highest levels.”

Indeed, Morrisey’s a big promoter and advocate for gender diversity on boards, has taken her club to Downing Street to get Prime Minister David Cameron involved, and pushed for the government to introduce board targets for the FTSE 100. Her own board is 30% female, something she says has been built entirely with merit.

But Morrisey’s not only one of London’s few female CEOs, she’s also one of the city’s few young mothers with nine children. None of her children are twins, the youngest is three.

Morrissey was 25 when she had her first baby and with a hefty mortgage to pay, said she no choice but to go back to work. “When I was passed over for promotion I asked if I was doing anything wrong. The man’s answer was that I had just had a baby,” she told The Telegraph.

That’s when she moved over to Newton, was mentored by the company’s founder, Stewart Newton, and was eventually appointed CEO.

So how does she manage it all?

“I have to plan a lot in advance,” she told The Telegraph. “We write up everything happening each day on a white board. It takes three days to get it right, but you can only do your best. I go home for supper every evening and then catch up with the New York markets. Sometimes the children hide my BlackBerry.”

She more recently told the Financial Times that running a family shares similarities with running a company. “Both have their own dynamics, neither is static, and both need to adapt to meet changing situations.” Being a good multi-tasker, she said, helps.

Her husband, Richard, gave up work after their fourth child. Since then, technology’s made life easier – given she can now check in with emails and the news on an iPad on the way home.