The untold story of NAB’s transformation 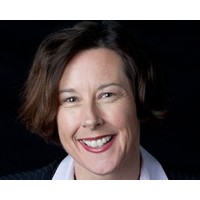 Much has been written about the National Australia Bank’s successful “bank break-up” marketing campaign, in which NAB tells customers it is breaking up with the other banks, and setting itself apart by providing better value and service.

But an untold story lies behind the scenes of NAB’s reinvention: the story of a demanding leadership challenge that fell to the group executive of personal banking, Lisa Gray.

NAB’s 10,000 bank staff were cynical about the whole strategy. They had seen every kind of management trick – such as dropping one set of fees only to replace them with another. They knew their customers would not buy a slight of hand.

Gray’s challenge was to persuade them that these changes were for real.

The global financial crisis was reverberating around the world as Gray stepped into the leadership role of personal banking at NAB in 2008.

Gray believed the GFC offered an opportunity that the boom times did not. “In a boom time it is difficult to give up fees because everyone’s revenue is growing strongly,” she says. “A lot of people believed at the time that banks operate as an oligopoly. That is not the case, but it is the perception.”

Gray persuaded NAB’s CEO, Cameron Clyne, and others in the executive team that it was worth handing back $100 million in revenue from overdrawn account fees as part of an ambitious strategy of redefining the bank’s relationship with its customers based on “fair value”.

Getting rid of the hated fees was only part of the plan, which included other factors such as cutting other fees, adding more ATMs, and offering the lowest standard variable home loan mortgage rate.

Not all NAB’s leaders loved the plan, initially. “One element of the leadership challenge was persuading our colleagues that it was a sensible thing to do. You couldn’t take a typical approach of writing the business case up front, even though we made that case in retrospect.”

For anxious stakeholders, she offered the comfort of constantly monitoring leading indicators, such growth in transaction accounts and customer satisfaction surveys. For investors, NAB published these indicators half yearly.

As Gray and her team took the new strategy on a “roadshow” to branch staff around the country, the lack of trust was palpable.

“We knew our people would be cynical because they have seen banks generally focus more on delivering the right financial outcomes. We discussed those things, and they said they were cynical and didn’t trust management from the past.”

A full-page newspaper advertisement promising not to reintroduce the overdrawn account fee was intended as much to convince NAB’s staff as to persuade customers.

Gray also sought to win the confidence of staff by rolling the other changes in quick succession. The strategy outlined four pillars of change: quality products and services; fair fees and charges, helping and guiding customers; and compassion and support. “Whenever we were doing something, we anchored it by saying, ‘This is delivering on this component of the strategy’. Then we ran lots of focus groups about what else we should be doing. Gradually, they started to trust that we were serious and it was not an overnight thing.”

The results are setting NAB apart from the other banks, too:

Gray admits the road ahead is “challenging” for NAB, and other banks: global economic turmoil, high cost of funds, and new regulations about minimum assets are all part of the mix. “We are still in difficult financial conditions and could be for five to 10 years’ time.”

The road ahead is one of matching the workforce to customer demand.

Despite newspaper reports to the contrary, Gray says more redundancies are not planned, (NAB reportedly had 1138 redundancies in 2011).

However, Gray says every NAB branch needs to keep revenue up to keep staff, and will use attrition to reduce staff numbers.

The next step is to integrate the bank’s online, phone and in-store (branch) services, much as other retailers are moving to omni-channel sales, and providing “more tools that help guide and advise people about how to manage their money”.

Gray would like to be a chief executive “at some point”. “I see my life’s work is to shape a place where people can bring their personal and professional values together, and be in organisations that they have always dreamed of working, but haven’t had a chance to previously.”

Gray describes her leadership style with a word more commonly associated with the 1970s: collective. “I have clear personal values around equity, reciprocity and fairness. I have a strong philosophy around the collective, actually. I fashion teams in which the same choices are made regardless of who is in the room, independent of me or any other member of the team.”

A real business transformation will not occur without the leader embodying courage and naivety, Gray says. “Courage in the sense that you don’t know how these things will play out, but you have a sense of what is wrong, and where they need to move.

“Naivety because, in many cases, if you knew how difficult it was going to be, you wouldn’t start out in the first place.”

Gray draws her inspiration from the front line – not from books or other leaders. “I get guidance and inspiration from listening to people, and helping to bring their ideas and thoughts together and then getting a team of people to actually make that happen,” she says.

Leaders need to loosen the reins on control, she says. And the more dire the circumstance a leader is facing, the looser they need to become.

“When you least know what to do, the answer is to let go. Let others in, seek help, listen. What many leaders feel is that they need to know everything, and must get in there and control it.

“Inevitably, the answer is not in their remit. It is amongst a broader group of people, or it is something they have never thought of before.”