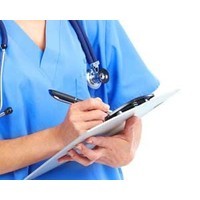 Others might flinch in the face of refinancing $1.02 billion debt; recovering from a merger with a rival provider, Symbion, that was 12 times Primary’s size at the time; backflipping on a decision to require co-payments from patients for pathology services that had flattened growth in parts of that business; or even a failed attempt to sell off a software division that has drained resources rather than delivering cash.

Earnings per share rose 7% to 23.3 cents per share and a dividend of six cents will be good news for shareholders – and Bateman owns 7.9% of the company himself. His personal wealth is estimated by BRW to be $420 million, making him the richest doctor in Australia.

It’s a bright result for the company and there is more good news. For example, $1.02 billion in debt was refinanced in October 2011 on “improved terms” the company’s chief financial officer, Andrew Duff, told investors and analysts today.  And earnings per share are expected to grow again between 20% and 25% in the current financial year.

The past 12 months has seen Primary’s share price sink as investors worried about whether Bateman could pull off a turnaround in the profit numbers. In 2009-10, net profit was higher than this year’s – $132 million – and earnings per share were 27.8 cents.

Bateman’s decision to respond to a $500 million federal government cut in pathology subsidies by charging co-payments turned out to be a disaster. The move stalled growth in pathology revenue in some of its centres, and led to Primary reversing its decision. Four centres reversed co-payments in the second half of FY 2012. “I am philosophically opposed to co-payments,” Bateman says. “Our model is about accessibility and affordability. But we are commercial realists as well. We are left with centres in the higher socioeconomic areas that are highly profitable with co-payments, and maybe we should increase them there.”