The uses (and abuses) of influence: part one 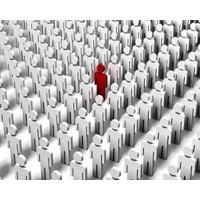 Robert Cialdini, considered the leading social scientist in the field of influence, was initially drawn to the topic because he saw how easily people could step over an ethical line into manipulation or even abuse. His 2001 book Influence, which laid out six principles of persuasion, was eloquent about the dangers of persuasive techniques in the wrong hands. A best-selling article he wrote for Harvard Business Review the same year, ‘Harnessing the Science of Persuasion’, looked at the positive side of persuasion: how managers could use those principles to run their organisations more effectively.

Cialdini is the Regents’ Professor Emeritus of Psychology and Marketing at Arizona State University and the president of the consulting firm Influence at Work. In this edited interview with HBR executive editor Sarah Cliffe, he drills deeper into everyday uses of persuasion inside businesses and describes new research on the ethics of influence.

Q: I’m going to run a few scenarios by you to explore how people can influence others more effectively at work. First, imagine that you’re an employee trying to behave entrepreneurially. You need resources to jump-start a great business idea. How do you get people to help?

A: It requires pre-work. People will help if they owe you for something you did in the past to advance their goals. That’s the rule of reciprocity. Get in the habit of helping people out, and – this part’s really important – don’t wave it away when people thank you. Don’t say, “Oh, no big deal.” We’re given serious persuasive power immediately after someone thanks us. So say something like, “Of course, it’s what partners do for each other.” Label what happened an act of partnership. With that pre-work done, a manager who subsequently needs support, who needs staffing, who maybe even needs a budget, will have significantly elevated the probability of success.

Q: Adam Grant’s work on the importance of giving inside organisations echoes that, doesn’t it?

A: It does. Grant provides a brilliant analysis. Another fascinating study was done by Frank Flynn, formerly at Columbia, now at Stanford. He examined giving behaviours at a large telecom and found that two things happened when people helped their colleagues. One, the helpers were perceived by their fellow employees to be extremely valuable. Two, and here’s where it gets complicated, they had lower productivity on their own projects. They were diverting a lot of time and energy to their colleagues’ problems.

Q: How do you manage that discrepancy between generosity and productivity?

If the initial giver creates a sense of reciprocity – a sense that there’s a network of partners who are not just willing but eager to help – he will get a lot in return. He can increase the likelihood of a big ROI [return on investment] by characterising his assistance as a two-way partnership.

Q: Second situation: an executive needs to convince a group that a big change in direction is necessary. What would you advise?

A: Moving people under conditions of uncertainty is difficult – the first thing they do is freeze. They’re scared of what they might lose. Therefore, it’s good to tell people what they will lose if they fail to move. Daniel Kahneman won a Nobel Prize for showing that if you’re trying to mobilise people under conditions of uncertainty, notions of loss are psychologically more powerful than notions of gain. Managers can take the wind in their faces and make it wind in their sails by speaking not just of what will be gained by moving but also of what will be lost or forgone if people fail to move.

A second thing that happens when people are uncertain is that they don’t look inside themselves for answers – all they see is ambiguity and their own lack of confidence. Instead, they look outside for sources of information that can reduce their uncertainty. The first thing they look to is authority: what do the experts think about this topic?