The war is over: How Hoges and Cornell settled with the ATO 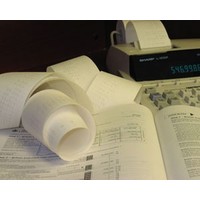 The most expensive tax investigation in Australia’s history is officially over. After an investigation lasting eight years, last night the solicitor for Paul Hogan and John Cornell issued a press release advising that his clients “and their related entities have reached a settlement with the Commissioner of Taxation on a ‘without admission’ basis”.

Hogan, Cornell and the ATO have agreed that the terms of the settlement are to be confidential. But as part of the settlement, the Departure Prohibition Order issued against Hogan has been revoked by the Commissioner. The settlement was reached following mediation before former High Court Judge Michael McHugh AC QC, who was brought in by both parties to break the impasse.

The entertainment duo were the chief targets of the Federal Government’s $433 million Operation Wickenby witch-hunt for high-profile tax cheats. The ATO claimed they owed up to $150 million in unpaid taxes and penalties. The relationship turned toxic as Hogan branded ATO investigators “clowns” and likened them to the Taliban.

Damaging leaks to the media by government authorities had painted the pair as tax cheats and criminals, with Hogan believing he had incurred lost earnings between $10-15 million per year because no one in business would touch him with a barge pole after his name was tarnished with these accusations. This prompted Hogan to pursue a multimillion dollar compensation case against the Government. In 2010 the Australian Crime Commission called a halt to the criminal investigation of Hogan and Cornell after declaring there was no evidence of a criminal nature against them.

Colicitor Andrew Robinson told Crikey today it has come as a relief to his clients. ”I’m not sure if they are happy. I don’t think that is the right word. Relief would be a better description,” he said.

“They have a life and now they can get on with it. I don’t think anyone is proud of what happened. To be pursued for eight years and labelled a criminal by the ACC was just terrible. When they dropped the criminal charges against Paul and John in 2010, I can tell you within a month of that happening we were suddenly able to have meaningful discussions with the Tax Office.”

The last point of meaningful discussions made by Robinson is valid as the tax civil matter never made it to court. Objections lodged by Robinson against the various assessments made by the ATO were disallowed by them and Crikey understands it was at this point negotiations on settlement started.

ATO sources have told Crikey that no one is really happy with the settlement. The Government never really got their man while a confidentiality clause prevents Hogan and Cornell spilling the beans on the Government.

“It’s a settlement both parties can live with,” one source told me. “All the public sees is a press release that has been legalled but they will never find out what really happened. The stuff-ups will never see the light of day.”

Crikey understands the settlement reached is a substantial reduction on what the ATO was demanding and that Hogan will not have to sell any of his assets to pay the bill. Hogan’s negotiators went in hard on the following points:

In all my years as a tax investigator and tax consultant, I have never seen anything like the Hogan case that became a public war. Taxpayers have a right to have their tax affairs dealt with in private and the method with which Hogan and Cornell had their personal tax affairs leaked to the media was unprecedented.

While there were right and wrongs from both sides, ultimately commonsense prevailed and the matter was settled.