13 entrepreneurs on the best business advice they ever received 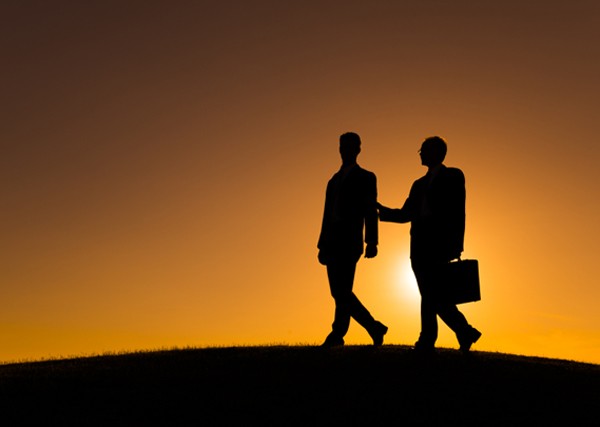 A huge part of being a business owner is listening to others. Whether it’s good advice or bad, no one can do it on their own.

Great entrepreneurs have great mentors. They pick up tips along the way to make sure they don’t fall onto the wrong path. One of the first lessons a new business owner might receive is to find a mentor – and quick.

So we’ve taken some of the hard work out of that equation. SmartCompany contacted some of the best and brightest entrepreneurs in the country to find out the best pieces of business advice they’ve received.

The co-founder of one of Australia’s most successful tech start-ups, Michael Fox has gone from strength to strength with Shoes of Prey. The company has even signed a deal with David Jones to have dedicated booths in stores.

His favourite piece of advice came from investors Mike Cannon-Brookes, (of Atlassian), and David Cunningham: “Keep focused on the one core product; don’t try to do more until you’ve nailed that.”

Plenty of entrepreneurs, such as Steve Jobs, have made their name on simplicity. Fox says success for him comes in the same vein.

“The few times we’ve been tempted to not follow that advice we’ve quickly realised our mistake.

The online wine selling market is booming, and Dean Taylor is enjoying the ride. His business Cracka Wines is enjoying significant growth.

His favourite piece of advice is a crucial one for business owners, who always need to be prepared with a back-up plan.

“Never walk into a room that you can’t walk out of,” he says.

“The person who said it to me was Brett Chenoweth, an old friend and the former CEO of APN. He swears by it,” he says.

“While you can easily apply the philosophy to much of life, it’s primary relevance for me in business is in commercial negotiations. It’s very easy to invest a lot of time and effort into an idea, deal or business opportunity, become emotionally attached and end up accepting unfavourable terms.

“Being prepared to walk away at any time might seem harsh, but it’s a heap better than finding yourself stuck in a role, partnership or deal that you later regret.”

When Pollenizer founder Mick Liubinskas enjoyed a short stint at IBM, he met a friend – Kurt Bilderback – who told him to “always run the numbers”.

“Mick, you’ve got to run the numbers. Always. Not to get answers, but to know what the questions should be.”

It’s turned out to be a useful piece of advice – documenting your thought process can often lead to better ideas.

“Since then I’ve always done fast napkin testing with spreadsheets. I must have more than 5000. Some are worth millions. Most are worth nothing. But the process of thinking it through has been priceless.”

4. Gabby Leibovich – The difference between success and failure

When contacted by SmartCompany, Leibovich said his favourite piece of advice was actually something he received just a couple of weeks ago from retail entrepreneur Joe Segal:

“I absolutely love this quote, most people actually accept the current mediocrity in their life or in their business, while not realising that if you just push a little bit further what you currently perceive as the best outcome, can just keep on improving. Don’t stop dreaming.”

Ng runs E-Web Marketing, a digital agency which has won several BRW “Best Place to Work” awards. His favourite piece of advice was provided to him by his mentor, Anthony Robbins:

“The more rules you have about how people have to be, how life has to be for you to be happy, the less happy you’re going to be.”

It’s no surprise this is Ng’s favourite piece of advice – his company eschews managers in favour of letting small teams work on their own projects.

6. Bruce Billson – Get to work

The nation’s Small Business Minister may not be an entrepreneur anymore, but he has had plenty of experience in running a company – he and his wife ran a shop on Victoria’s Mornington Peninsula before he entered politics.

“For every $1000 you plan to invest in your business spend an hour of due diligence, planning and working out how you can profitably engage your customers.”