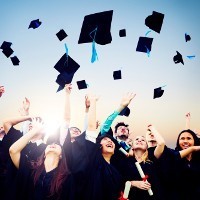 The founder of an online retailer in the United States has decided to improve the lives of his employees not by giving them a pay rise, but by paying for their children’s tertiary education.

Chieh Huang, the chief executive of Boxed, is pouring $US1 million ($1.28 million) of his company’s money into a foundation he has set up to ensure the children of his employees receive a headstart in life.

There are around 12 children of Boxed employees who could be eligible for the fund.

The rules around when the money can be accessed and what happens if a student drops out are still being thrashed out.

Huang told Forbes he decided to set up the fund in order to truly invest in his employees.

“Not all folks are equally fortunate,” he said.

“Why is it that someone makes a few bucks an hour and some tech execs make hundreds of millions of dollars? If nothing much changes, those families will still be in lower income jobs without access to upward mobility two or three generations from now.”

Rebekah Campbell, the founder and chief executive of recommendation website Posse, told SmartCompany this is an example of abusiness focusing on one thing it can do to create a better workplace culture instead of trying to do everything.

“You can’t afford to do the same kind of things Google can do,” Campbell says.

“A startup has to choose what they can and can’t do that’s special. Obviously that startup is doing quite well and choosing to prioritise education. I think that [the education fund] is another way of signalling the priorities and culture of the company, which are around learning. I think it’s awesome.”

While not all companies are based in Silicon Valley or have the funds to assist with education costs, Campbell says the principle behind the initiative is what business owners should strive to achieve.

This is something Campbell has strived to do in her own business – create an environment that promotes learning. For example, her team often reads and discusses books or has various speakers come in to talk to them.

“You’re not going to have to build slides all the way through your office to have a good culture,” Campbell says.

“You have to choose what’s important to you. So if learning is important to you then the special thing you can do is pay for your employees’ kids’ education … and that sends a signal to the whole company.”

Earlier this year, Gravity chief executive Dan Price decided to take a $US1 million pay cut in order to increase the wage of all his employees to $US91,000 over the next three years.

Campbell says for many young chief executives of online or technology-driven businesses, the focus is less about beefing up their own pay packet and more about how to improve the world around them – whether that be getting involved in a particular cause or making their workplace more enjoyable.

“Entrepreneurs aren’t just in it for the money, they’re generally in it because they have an idea to make something better and that naturally extends to making other things better as well,” Campbell says.

“I don’t think you see that in other industries and it’s because we’re passionate about our industry and generally about how we can make the world better. That’s why we found our companies.”

Campbell says apart from improving company culture, she is also noticing a lot of young entrepreneurs – particularly those starting technology companies – getting involved in politics by reaching out to those on both sides of parliament to develop bipartisan policy that will benefit both policymakers and industry.