This is why you’re not a leader 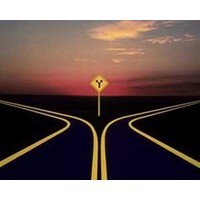 I’ve started and grown companies, led teams through good times and bad, and sometimes I have failed them. I have also worked for some awesome and not-so-awesome leaders.

Here’s what I’ve learned about failures of leadership:

You put yourself first and not your team

Being a leader is all about communicating a clear goal, gathering the right people, giving them the resources they need and then getting the hell out the way.

If you take the credit for their work and shine the light on yourself, you aren’t a leader; you are a politician. Your team did the amazing work – they need to be highlighted and acknowledged. Your leadership is just one element in the mix that made it successful.

Long-term, you are going to get a lot more honey from your team if you give them acknowledgement for the work they do. Otherwise people will start to realise what you are doing and start to mistrust you. No trust = no leadership.

You defer to other people when you have been presented with all of the information. Make the call!

You don’t take responsibility when something goes wrong

You are all strong and powerful when things are going well but when something goes wrong you start to look for someone or something else to blame.

Leaders take responsibility. The leader takes the hit when it’s good or bad. That responsibility makes you a leader. That is why people follow you.

You avoid having hard conversations with people

People won’t grow with your leadership if you only have good things to say about them. They won’t know how to improve.

Giving feedback is being a leader. If you say nothing and don’t ruffle feathers you are just a company hack and you will never be a leader.

You do everything yourself

If you can’t delegate effectively, sort that out.

Giving a clear brief and selecting the right person for a job is step one.

Monitoring and ensuring that it gets done is step two.

You need to be able to have those hard conversations when things aren’t done on time or to brief. If you can’t, you are not a leader.

Not everyone is a leader and that is fine. But I believe great leaders are trained, rather than born. You might have some natural talent when you begin but greatness is in the work that you put into it.

Fred Schebesta is one of the founders of Finder.com.au where he began with CreditCardFinder.com.au in 2006. In 2007, he won the ADMA Direct Marketer of the Year Award and has continued to launch comparison sites in the home loan, mobile and insurance space.

You can follow Fred on Google+, Twitter, LinkedIn or his blog where he writes about his passions including HR and leadership.