Three bad habits of fake leaders – and how to avoid them 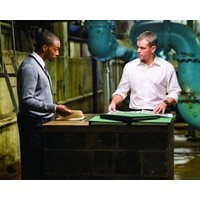 There was an interesting movie that came out last year called The Adjustment Bureau starring Matt Damon and Emily Blunt. In it, Damon plays a rising young congressman named David Norris. He’s headed for a big victory in a campaign for the US Senate until a picture comes out of him mooning his fraternity brothers at a college reunion. He loses big and starts giving his supporters the big, inspirational, we’ll-be-back concession speech. He says things like “Where I grew up, it wasn’t that you got knocked down; it was about what you did when you got back up.”

The crowd initially cheers loudly, but then settles down when Norris tells them what he just said was total BS. They didn’t say that in his neighborhood. His pollsters told him it would play well. Same thing with the striped tie he was wearing and even the amount of scuffing he had on his dress shoes. He pulled back the curtain on how the game was played. It was about learning how to fake being real.

During the height of the political season in the US, that speech came to mind. All of the candidate debates and speeches seem to offer a symposium in how to fake being real. Here are three common habits I’ve noticed so far:

Needless to say, I’m not seriously advocating those techniques. I do, however, see a lot of them showing up in leadership settings outside of politics. Here are three ways to avoid showing up as a leader who’s only pretending to be real: