Harold Mitchell to retire: Management gems from the man who revolutionised advertising 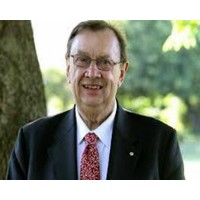 And while his imminent step away from his day job has been rumoured for some time, we finally have a date.

The 71 year old will step down on August 10, he confirmed yesterday to The Age, 54 years to the day since he headed to Melbourne to start work in an advertising agency.

Mitchell leaves behind a world of advertising radically different to the one he entered, changed beyond recognition at least partly by his own innovations.

In 1976, Mitchell founded Mitchell & Partners, which he sold to Aegis in 2010. He introduced the idea of the ad middle-men. Before he came along, ad agencies negotiated deals directly with the networks and newspapers.

Today, Mitchell controls $1 billion annually in ad money for at least 4000 clients, which has been estimated to be 20% of the total Australian advertising markets.

He spoke to LeadingCompany last year about his approach to business. Here are three gems from Anthony Black’s exclusive interview.

Media buying should be like running a fast-food chain, Mitchell told Black.

“We’re a bit like McDonald’s, in a way,” he says. “When you go to McDonald’s, all you have to work out is how hungry you are. You either have a Big Mac or a ‘little Mac’. Why is McDonald’s so successful? Because they make it easy for their customers. So we say to our clients: ‘What is it that you need and we can fit it’, rather than ‘Here’s what we do and you fit in with us’.”

Mitchell believes in a single focus when working on a project. He explains: “If somebody comes to me and says, ‘We have developed four options’, I say ‘why?’

“We’ve had clients who think they need several options. I say, ‘I can give you one good one and three bad ones.’ Wouldn’t it be better if I came to you with the right one?”

2. Don’t sell what you know nothing about

In the early 1990s, Mitchell’s business almost fell apart. He held $32 million in debt after signing four personal guarantees on loans for investments that went bad. He almost went bankrupt before media magnate Kerry Packer gave him an interest-free loan.

“I signed four guarantees and I refused to run away. Other shareholders and directors ran away. I spent the next seven years fixing it, which included paying Kerry back. Our company Mitchell & Partners wasn’t at risk, but I was personally at risk. Without Kerry’s support, I may have been bankrupted,” he said.

“The lesson I learnt is not to get involved in things you know nothing about. Don’t do big business outside your core activities. It’s a recipe for disaster.”

Mitchell thrives on making deals. When he sold his company in 2010, the deal was done in 20 minutes.

“A good deal will always be like that,” he says. Mitchell scribbled the deal down on a single piece of paper and flew to London to meet with Aegis CEO Jerry Buhlmann. “I never thought the price I was asking was too high (A$1.20 for each Mitchell share), or that the deal wouldn’t come off. I was supremely confident.”

Mitchell maintains a key element of a successful deal is trust. “You have to put yourself in the other party’s shoes and work out what’s good for them as well,” he says. “Everyone has to win. If a deal is all about you, it won’t work. If price becomes a major sticking point, it won’t be much of a deal.”

To do a successful deal, he suggests meeting face-to-face with the other party’s decision-makers as opposed to swapping emails and letters with advisory firms.

“I’m always on a plane,” he says. “As much as I can, I try to be in front of people. I’m old-fashioned. I try to be confident, not arrogant – there’s a very fine line. I don’t want to exploit people, I don’t want to bluff them, I don’t want to play games – I just want to get a fair deal done. To reach a compromise, just keep talking with the other party. It may take time, but if it’s fair, a deal will generally get done.”