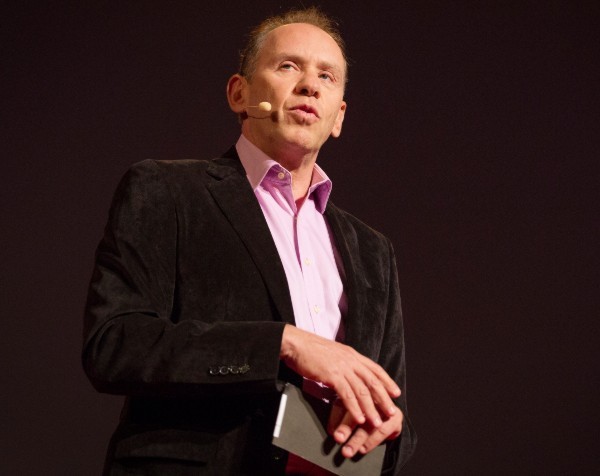 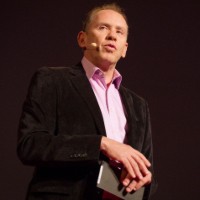 Hello, my name is Jonathan Rubinsztein and I am a TEDaholic. A TED junkie. A TEDdict.

TED began in 1984 in California as a conference on technology, entertainment and design (three words form the acronym by which the event is known). Since 2006, however, TED has become a global brand, when it started making the now 1900 18-minute lectures available for free online.

Most people will now be familiar with the TED videos on YouTube – there have been more than a billion views – and almost everyone must have been touched in some meaningful way by a TED idea. For me, for instance, this video by Simon Sinek profoundly changed the way I view my own business.

So this year, for the sixth time, I joined 1200 others – among them other chief executives, scientists, designers and intellectuals – as we all descended on the Grand Belmond Copacabana Palace Hotel at Copacabana Beach in Rio de Janeiro last month for what has sometimes been described as a “spa bath for the brain”.

The theme for this year’s conference was “South!” The event would look at the world through the prism of the southern hemisphere, which is a refreshing perspective when so much commentary is viewed through the eyes of those in the north.

The real benefit of the experience is as much about the audience as the speakers. The calibre of speakers extends to luminaries such as Bill Clinton, Jane Goodall, Malcolm Gladwell, Al Gore, Gordon Brown, Richard Dawkins, Bill Gates, Bono, Mike Rowe, Google founders Larry Page and Sergey Brin, alogn with many Nobel Prize winners. But these luminaries also make up the audience!

The discussions after the presentations are often as valuable as the presentations themselves. To only watch the presentations on You Tube is as deficient as watching a concert on mute. For instance, one of my more lasting memories is a thoroughly scintillating business discussion with Jeff Bezos in LA that helped to revolutionise my business. I cannot think of another event that could afford me that kind of access to brilliance.

Imagine a fully packed schedule, from early in the morning to late at night, with 22-minute presentations crammed into every space of the day. Music, performance, conversation, food and incredible conversations that constantly push and stretch the status quo and challenge your world view. The presenters and audience are both as fascinating as each other and you’re immersed in this pool of amazing, talented, interesting, people having dinner, lunch and breakfast with you; interacting and discussing the previous presentation or insane event.

So even though I am the chief executive of a multi-million dollar IT consultancy employing hundreds of people across Asia, I have no problem prioritising five days in Brazil for this conference. The value I can contribute back to my business as a result will be immeasurable in terms of return on investment.

Now I have had some time to think of best sessions I was privileged to attend, the top three  are:

The model successfully adopted by Indian and Chinese businesses is to do more with less, versus the typical Western model of doing more with more. Amid this are three core principles: “Keep it Simple”; “Do not reinvent the wheel” and finally but perhaps most importantly, “think and act horizontally”, which refers to a distributed supply chain leveraging much smaller business units. Such a model, Radjou believes, “promises to become a unifying element in North-South cooperation in an increasingly interconnected global economy”. This really does run quite contrary to the traditional western approach and was very refreshing and liberating to hear.

A Brazilian entrepreneur and “organisational change-maker”, Semler wants to see organisations become, quite simply, “wise”. With an interest in balance in the workplace, he encourages businesses to let employees design their own jobs, select their supervisors and define their own roles in a model of “corporate democracy”. His approach begins with the simple question: “If we were to start from scratch, would we design this organisation the way we have done it?” Such a revolutionary model would be very hard to implement, but it is an exciting idea nevertheless.

Deconstructing the traditional idea of Gross Domestic Product or GDP, Green challenged us to re-think what we measure. Fairness, happiness and environmental health are all ignored by the way we measure progress and so he proposes a new benchmark. He recommends a “Social Progress Index” to move us beyond the “fetish for economic measurement” that he believes has certainly led us astray. Once you’ve heard a view like this, the way we judge success today suddenly seems quite short-sighted!

After five days of such creative bingeing I usually come back exhausted and yet exhilarated, with enough intellectual and emotional fuel to last me months. It takes even longer to fully digest or integrate the insights and ideas and I can see I’ve much work to do drilling down on these fabulous ideas among others.

I have often heard TED described as Davos for optimists. This year I return even more optimistic than usual and look forward to extending some of the ideas into my own business.