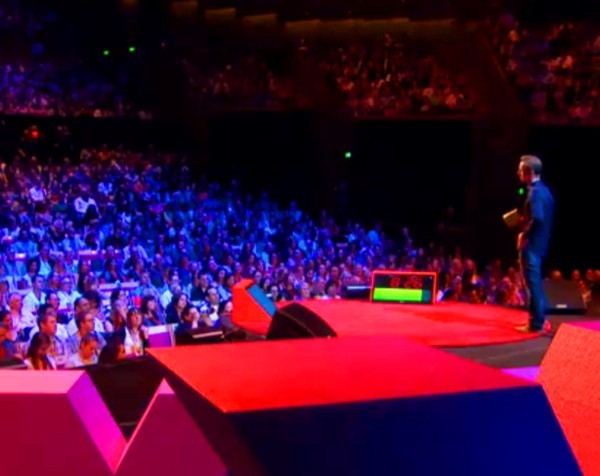 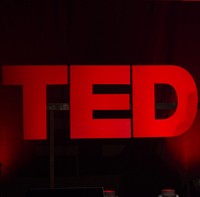 The non-profit organisation, TED, is dedicated to spreading ideas through the medium of powerful talks.

With the power to inspire, motivate, challenge and change (all in under 20 minutes), there is plenty that women and men in the business world can take away from them.

Perhaps one of most famous TED talk ever, Sheryl Sandberg’s powerful call to action Why we have too few women leaders, has had over 5 million views, but there are many more.

Here are top talks from three inspirational women in business:

1.     Roselinde Torres: What it takes to be a great leader

Senior partner and managing director at BCG, Roselinde Torres spent 25 years looking at what makes a successful leader and figuring out how to teach others the same skills.

After leaving her job she dedicated a year to travelling the globe and learning about the “effective and ineffective leadership practices in companies and non-profit organisations”.

Now an expert on leadership, her talk provides an insight into the characteristics of “thriving” 21st century leaders.

She states: “Many of us carry this image of an all knowing superhero, who stands and commands and protects his followers but that’s an image from another time.

“What’s also outdated is the leadership development programs that are based on success models for a world that was, not a world that is or that is coming.”

In her study of 4000 companies, Torres asked about the effectiveness of their leadership programs and 58% of the companies “cited significant talent gaps for critical leadership roles” meaning that despite corporate training programmes, assessments and coaching more than half of them had ‘”failed to grow enough great leaders”.

Questioning why leadership gaps are still widening when there has been an influx in investment in leadership development, Torres believes “leadership in the 21st century is defined and evidenced by three questions” that determine effectiveness:

1)     Where are you looking to anticipate changes?

2)     What is the (personal and professional) diversity measure of your network?

3)     Are you courageous enough to abandon the past? (Even if it’s something that has made you successful).

“Great leaders dare to be different: they don’t just talk about risk-taking – they actually do it,” she says.

“They are women and men who are preparing themselves not for the comfortable predictability of yesterday but for the realities of today and all of those unknown possibilities of tomorrow.”

2.     Verna Myers: How to overcome our biases? Walk boldly towards them

Diversity consultant, and leader of the Verna Myers Consulting Group, Verna Myers has helped to break down the barriers of “race, gender, ethnicity and sexual orientation” in thousands of member workplaces.

In her influential talk Myers discusses the unconscious biases and automatic associations we make in our everyday lives and in the workplace.

She believes that automatic association is part of a national psyche and asks the all-important question: “What are we going to do about it?”

She discusses how biases affect everything we do, arguing that we have “been schooled in them” and that even she, as a diversity officer, experiences these prejudices:

“I was on a plane and I heard the voice of a woman pilot coming over the P.A. system, and I was just so excited… I was like, ‘Yes, women, we are rocking it. We are now in the stratosphere.’ It was all good, and then it started getting turbulent and bumpy, and thought, ‘I hope she can drive’.”

Myers follows on from this stating that she didn’t recognise her bias until she was coming back on the return leg of the journey on a plane flown by a male pilot.

“If you ask me explicitly, I would say, ‘Female pilot: awesome.’ But it appears that when things get funky and a little risky, I lean on a bias that I didn’t even know that I had,” she says.

In her TED talk, Myers takes an unconventional angle, encouraging people to recognise their biases in order to combat them.

Her advice to people in everyday life is to stop denying their biases and look for things that will prove the old stereotypes wrong.

“When we see something, we have to have the courage to say something, even to the people we love.  Whether it’s saying things like ‘Grandma’s a bigot” or ‘Uncle Joe is racist’.

“We know they’re good people, but what they’re saying is wrong. And we need to be able to say something, because you know who else is at the table? The children are at the table.”

Current President and chief executive of the New America Foundation, Anne-Marie Slaughter caused a stir in 2012 with her article “Why women still can’t have it all.” In this TED talk she addresses the question from a different angle, discussing how shifts in public policy and work culture can lead to equality for all.

Slaughter starts with the story of a job opportunity in 2010 where she was considered for a promotion. She recalls this as her “moment to lean in and to push forward for what are only a handful of very top foreign policy jobs”.

She claims “the woman I thought I was would have said ‘yes’”. But Slaughter describes her long commute, husband and two teenage sons in New Jersey and how she knew deep down “the right decision was to go home, even if [she] didn’t fully recognise the woman who was making that choice”.

The focus of her talk addresses a common problem for many working parents.

Still committed to “the cause of male-female” equality, Slaughter believes there should be an equal number of women in the top positions of chief executives, directors, managers and prime ministers. She argues that in order to achieve this we have to look at it differently:

“I suggest that real equality, full equality, does not just mean valuing women on male terms. It means creating a much wider range of equally respected choices for women and for men. And to get there, we have to change our workplaces, our policies and our culture,” she says.

“In the workplace, real equality means valuing family just as much as work, and understanding that the two reinforce each other.”

Slaughter discusses the instinctive translation of the roles “breadwinning and caregiving” into men and women’s work respectively, suggesting that a change in infrastructure would be beneficial but that what we really need to do is to change our workplace culture.

Faye Ferris is sales and marketing director for the Asia-Pacific region for BusinessesForSale.com.