Tiger’s David vows to take down the Goliaths 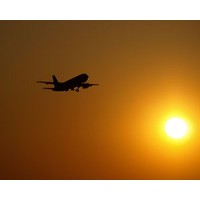 A year ago today, when Tiger Airways was grounded for five weeks, it had about 6% of the domestic market and exercised real pricing power over its much larger rivals.

Today it has about 3% of the market. It is the prisoner of downward-pricing pressure applied by Qantas and Virgin Australia, confined below the substantial volume of low fares that both of the major airlines have put into the market. The big airlines are locked in a clash driven overwhelmingly by their desire to win the higher yielding market of business travellers and of those who will never again try to stuff themselves into a Jetstar or Tiger seat.

But that doesn’t deter Andrew David, who has been Tiger’s CEO since mid October and had been the chief operating officer of Virgin Blue and more briefly, Virgin Australia, after its relaunch.

His message is that Tiger will lose money if necessary and for as long as necessary to ensure that it survives as Australia’s only true low-fare format airline.

It’s not a message Qantas or Virgin Australia want to hear. The price and capacity contest that is officially hurting both of them is a destructive visitation of similar contests to those that have variously helped extinguish, or force into US-style bankruptcy legacy, carriers in America, Europe and Japan, where Japan Airlines is emerging from its painful but apparently successful reconstruction.

David sees Tiger’s position as strategically stronger than the options confronting his Goliaths. It is rising from its setback. The Goliaths are bleeding from self-inflicted wounds. It doesn’t matter if they stop bleeding and charge the fares that restore their domestic profit margins, or if they continue to bleed. Either way, the patient Tiger wins.

(Where is Jetstar in all of this? Good question. It isn’t as consistently cheap as might be expected, and it annoys the hell out of some Qantas customers when they get tricked, punted, misled or induced against their will to fly Jetstar.)

David’s remedial actions at Tiger have, from accounts, been deep and methodical. The airline has brought reliability to its schedule, and ditched, at least for the time being, some lesser ports in increase frequency on key routes out of Melbourne, the Gold Coast, Brisbane, Perth and now Sydney, where it launched a new base this week. It will rise to three, out of what will be a fleet of 11 A320s by the last quarter of this year.